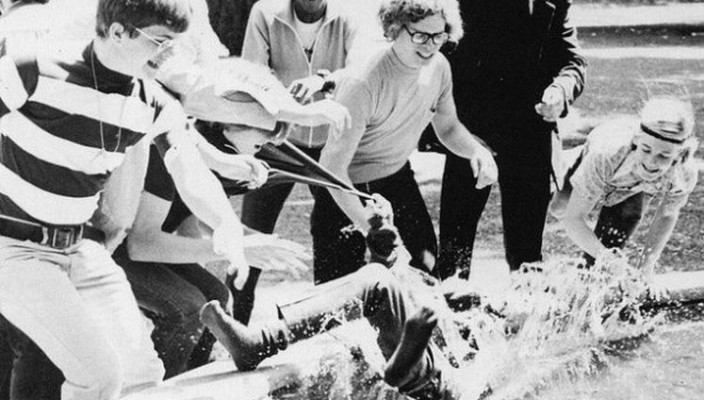 On Campus in Seventies California

These photos were taken at California’s Menlo School during the seventies. Amongst the college captures are some students in some cool trainers and sneakers, an end of term chair prank, a school play and an injured student who looks like a young Ray Manzarek from The Doors.

The school states on their Flickr page that “These photos are intended to showcase the best aspects of Menlo School culture and the day-to-day student life on campus” We guess that the person being thrown into the college’s water feature may beg to differ.