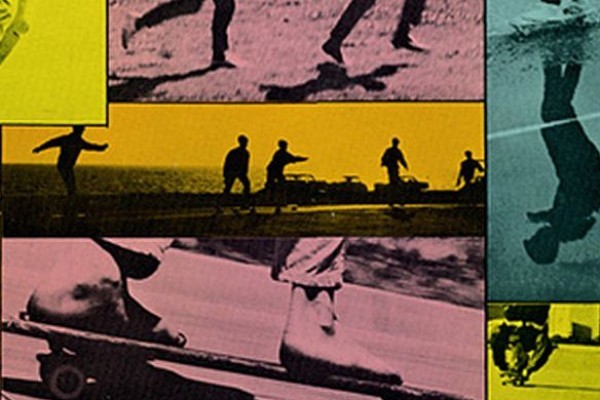 Following on from our Sidewalk Surfers post in March 2012 we now go back to the very beginnings of the skateboarding scene with a short 1965 Palme d’Or winning film called Skaterdater. We’ll leave you to guess what the film was about but there are two big clues in the title.

This was the first ever skateboarding movie – filmed in California in the summer of ’65 it was nominated for an Academy Award for Best Short Film and is effectively a silent movie having no actual dialogue. The soundtrack does the talking and what a soundtrack it is! The music was by Mike Curb and Nick Venet. Curb went on to produce for Sammy Davis Jr. amongst others, had his own band The Mike Curb Congregation, ran Hitsville Records for Motown and also became president of MGM and Verve Records (blimey!). Venet (who died in 1998) went on to sign the Beach Boys for Capitol Records and produce a number of their early releases. He also produced The Walker Brothers, Sam Cooke, Lou Rawls and Linda Ronstadt alongside a myriad of other artists.

It was written and directed by Noel Black who went on to have a long career in American TV directing such classics as Kojak, Hawaii Five-O and the weekday afternoon classic Quincy M.E.

Check it out below – it really is a lovely little film.

VoEA Trivia Fact: The main track in the film – Skaterdater Rock has been covered by a Finnish surf band called Laika and the Cosmonauts. Whether we do any future posts on the genre that is Finnish Surf Bands will remain to be seen.