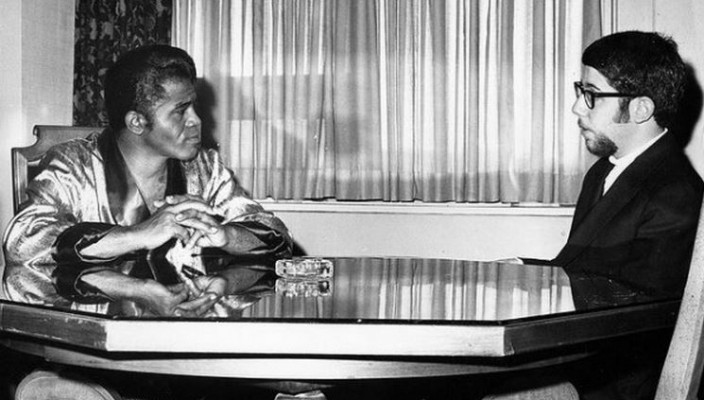 From the age of Nineteen to Twenty Five, Michael Oberman wrote a weekly music column for the Washington DC Evening paper. While working there Michael interviewed many major acts of the time, such as Otis Redding, Janis Joplin, The Doors, David Bowie and James Brown, who is pictured above with Michael at the Watergate Hotel in Washington.

After he left the the newspaper Michael continued to work in the music business, but focused on producing, managing and teaching. Years later and he’s kindly shared his memories by uploading some of his collection of photos and memorabilia to flickr in a set called It’s Only Rock and Roll.

In the collection there are shots of Rod Stewart, Mick Jagger, Jeff Beck, Stevie Wonder and David Bowie’s first ever night in America. Another picture of interest is an early promo photo of Billy Joel in his band called The Hassles.

There’s also a couple of photos of a band Michael managed called Claude Jones. One of the pictures won the best feature photo in the White House News Photographers yearly awards. Richard Nixon was the President at the time and was photographed holding a copy of the photo and giving the award to Steve Szabo (the photographer) 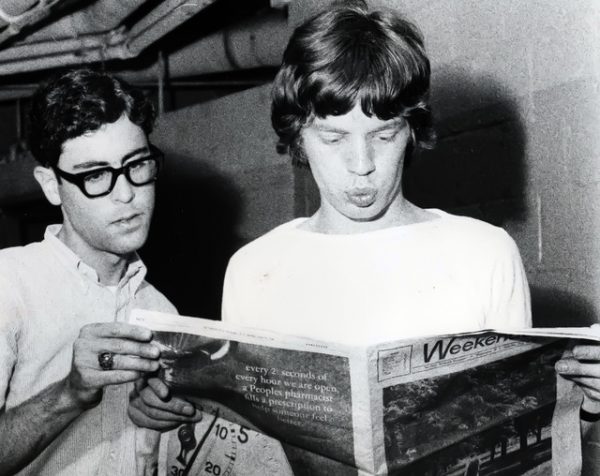 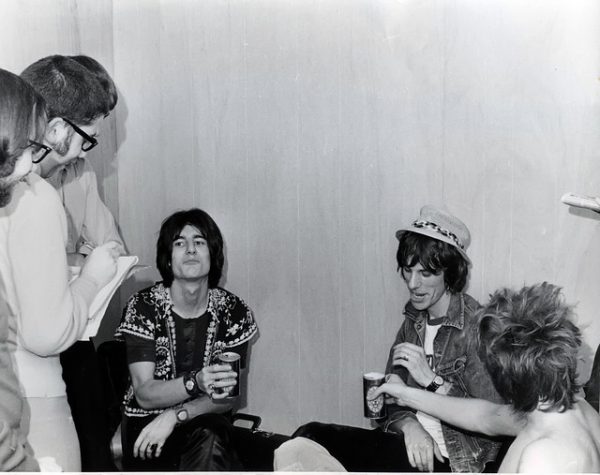 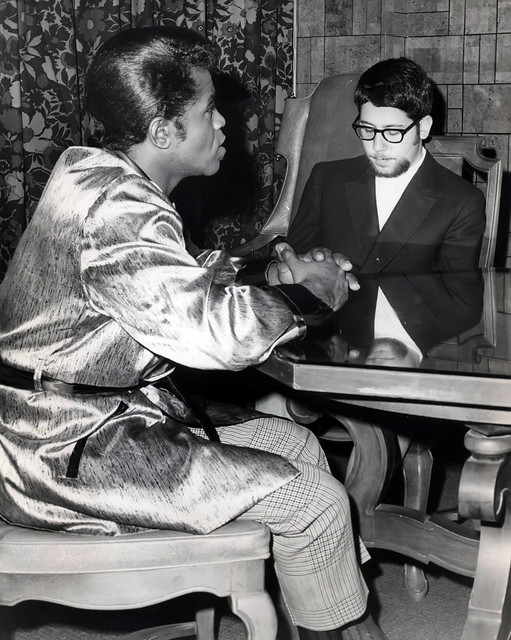 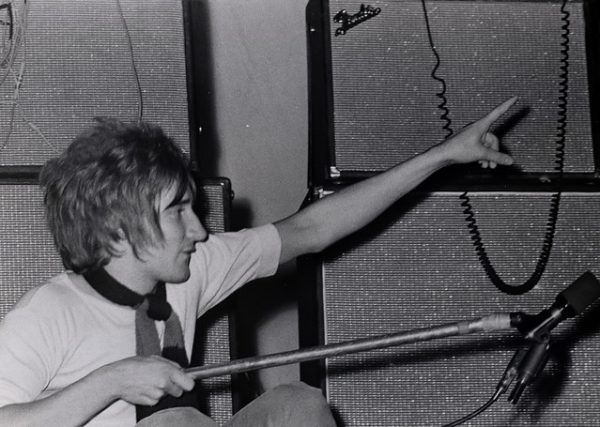 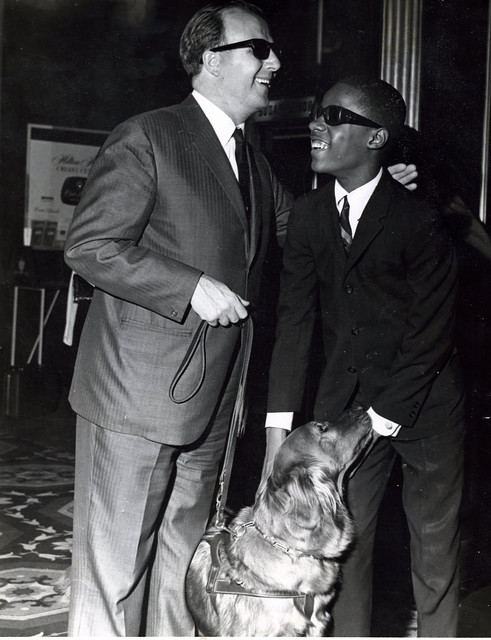 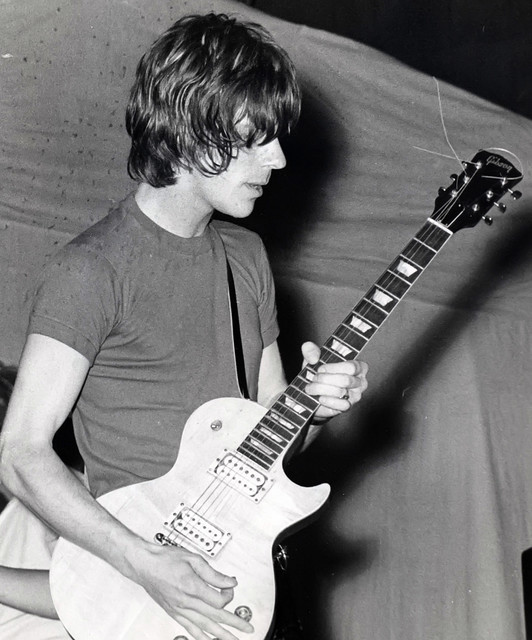 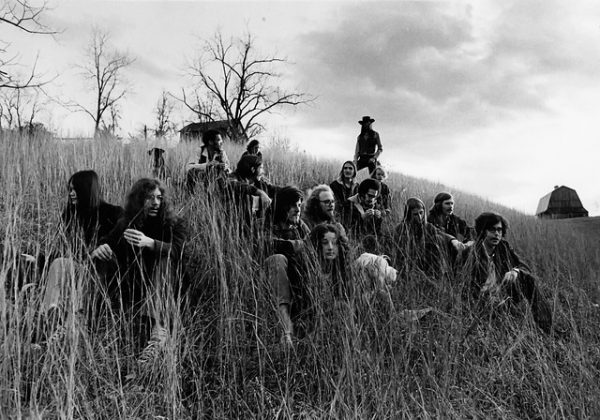 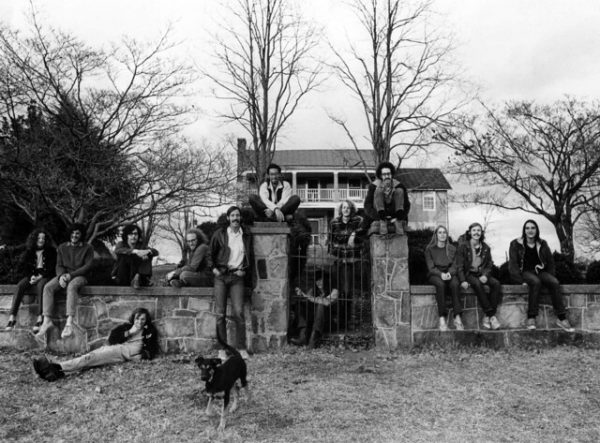 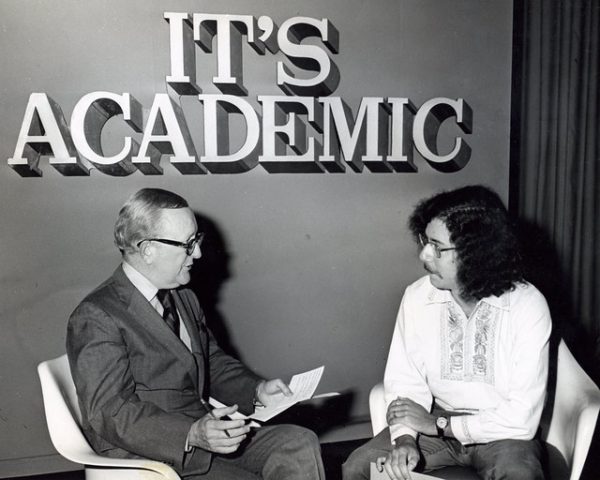 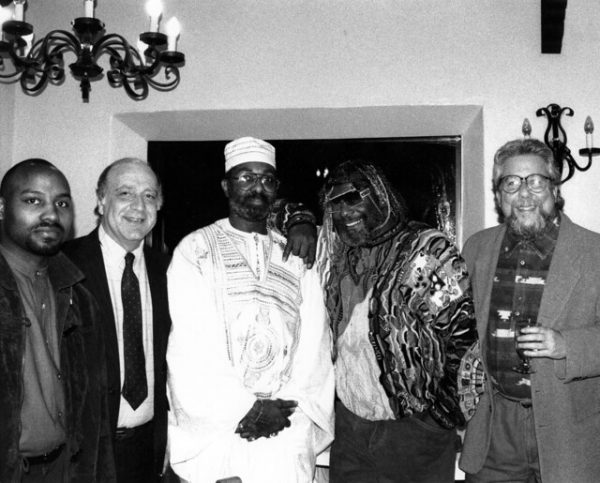 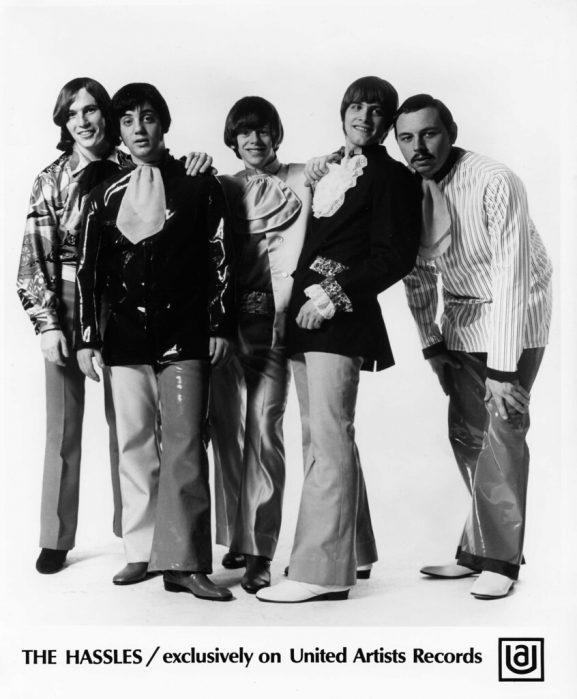 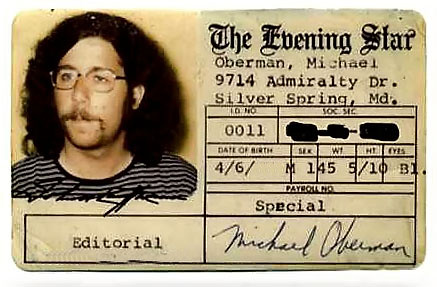 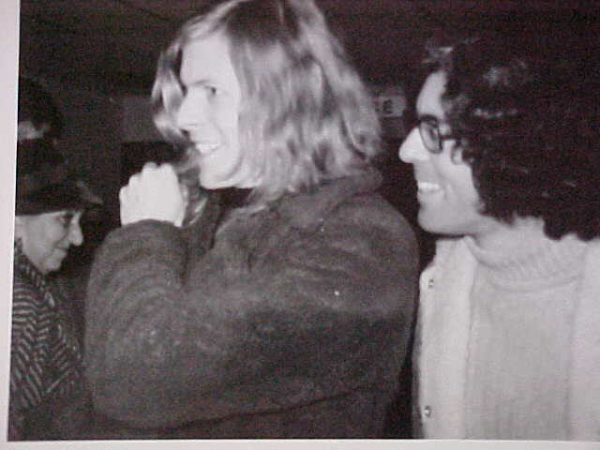 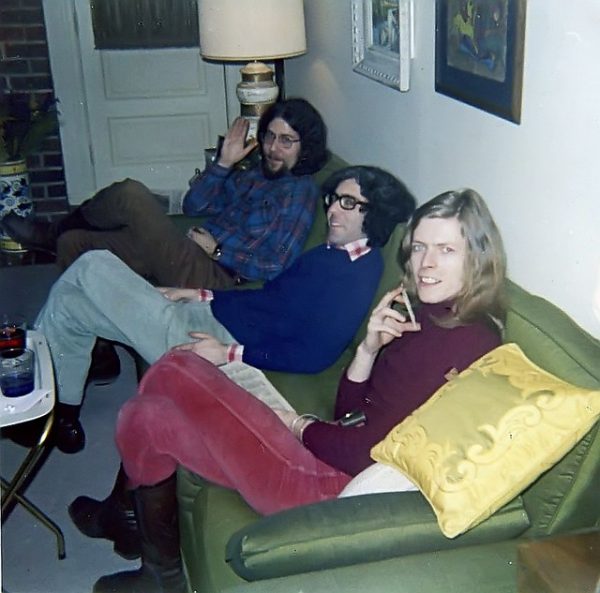 “This was David Bowie’s first night (ever) in the United States. I am the one waving in the photo. David was great. He went to dinner with me, my brother and my parents. This photo was taken in my parent’s living room in Silver Spring, MD. Later that night he came to my house and spent the evening. Incredible memories for me.”