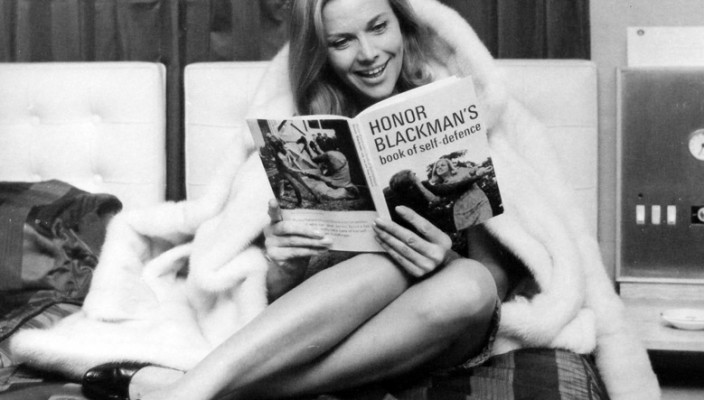 Back in 1965 with the assistance of stunt arrangers Joe and Doug Robinson, Honor Blackman decided to put the knowledge of martial arts and judo in particular she had learned for her role as Cathy Gale in The Avengers to good use. Her role as a beautiful, non-nonsense woman who could stand up for herself mentally and physically made her an icon for feminists in the 1960s.

The book ‘Honor Blackman’s Book of Self-Defence’ was published by Andre Deutsch (the Dutch edition was entitled ‘Handen Thuis Heren…!’ – Hands Off, Gentlemen…!) and was amongst the first ever self-defence books aimed specifically at women. The Robinson brothers who featured in a number of the photos and were the stunt coordinators on The Avengers series were originally from Newcastle and came from a family of world-class wrestlers. They later went on to do the stunt work on several of the James Bond films and Doug also starred alongside Blackman as an Argonaut in the 1963 film Jason and the Argonauts. Joe Robinson made headlines in 1998 when, aged 70, he disarmed a gang of eight muggers in South Africa single-handed. He was getting off a bus in Cape Town when the gang attacked armed with baseball bats and knives. Joe knocked two out with flying kicks, karate chopped a third in the chest and broke the arm of the fourth. Needless to say the rest of the gang left the scene rather rapidly.

Quite how successful this book was is difficult to gauge now but in hardback form it is very collectible and, should you manage to snaffle a copy, may well come in useful should you find yourself in a bit of bother in Cape Town (or even Ipswich Town).   VoEA Trivia Fact  – Joe Robinson was offered the role of the Rank ‘gong’ man (you know the big fella who bangs the huge gong at the beginning of the old Rank movies) but turned it down for fear of being typecast. It went instead to Ken Richmond another wrestler. 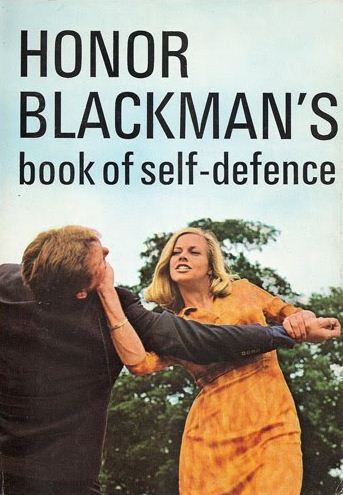 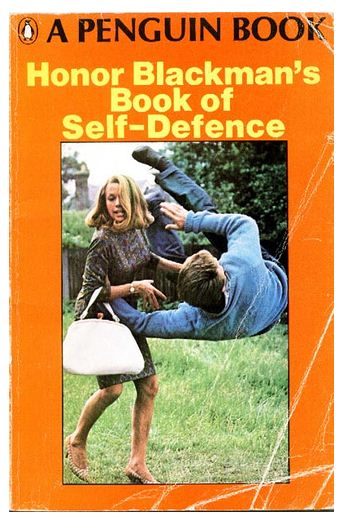 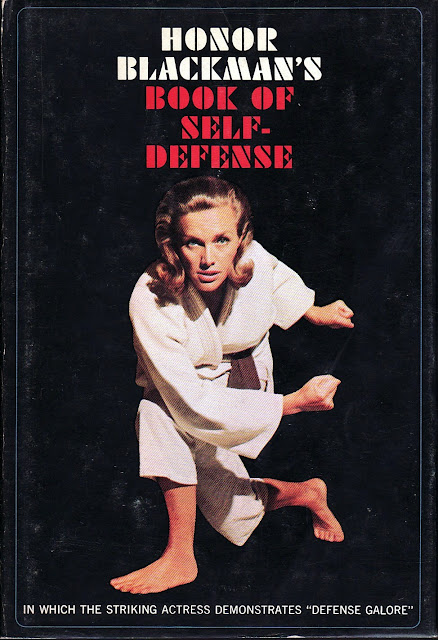