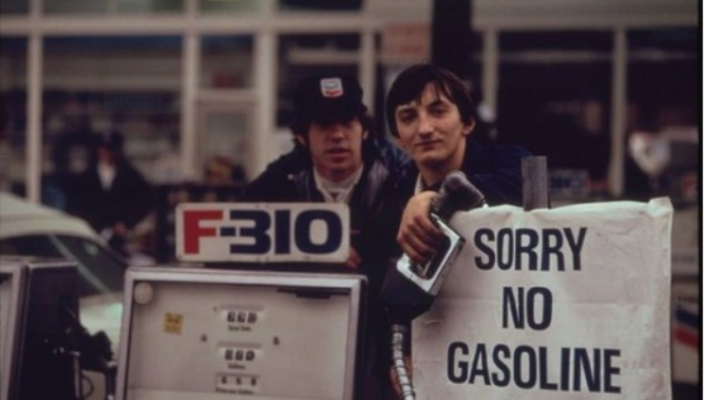 When the UK had a fuel scare that led to motorists queuing for hours to fill their cars, jerry cans and (in one case) jam jars with petrol made us ponder how the world coped during the bona fide energy crisis in the mid 1970’s. A glimpse came via our discovery of these fantastic images taken by David Falconer in Idaho and Oregon from April 1973 to May 1974. Having looked at his photographs and following the advice of George Santayana (yes, we had to google him too) who stated “those who cannot remember the past are condemned to repeat it.” all at VoEA are now putting our faith in God, car sharing and – if all else fails – handguns.