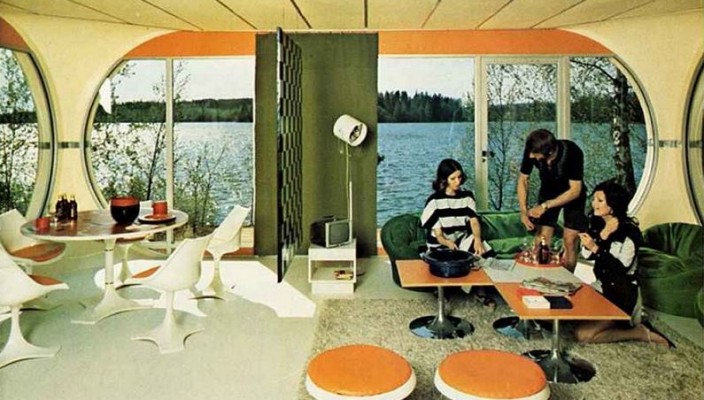 Here’s a triple whammy of spaceage mobile homes from back in the day. First up is the Venturo house from Finland which was available in a wide range of colours. Like the previously featured Futuro House the last few remaining ones stand deserted in Taiwan.

The second transportable house of the future is an inflatable bubble house named the Pneudome. In true Playboy magazine style they describe it as the “Portable pleasure dome”.

Lastly is the Six shell bubble house designed by Jean Maneval. The shells of the house were made of prefabricated reinforced polyester and were easy to transport by lorry. Only 30 of the houses were made and production finished in 1970. 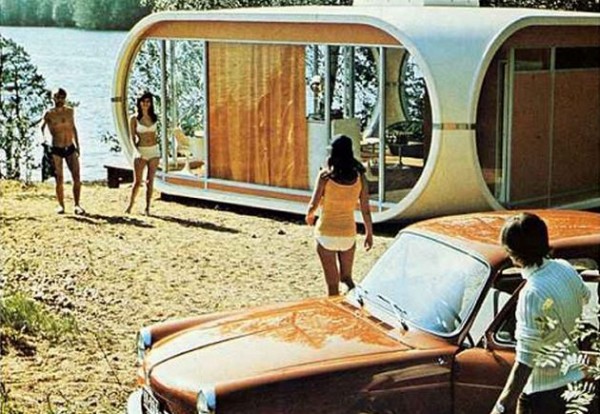 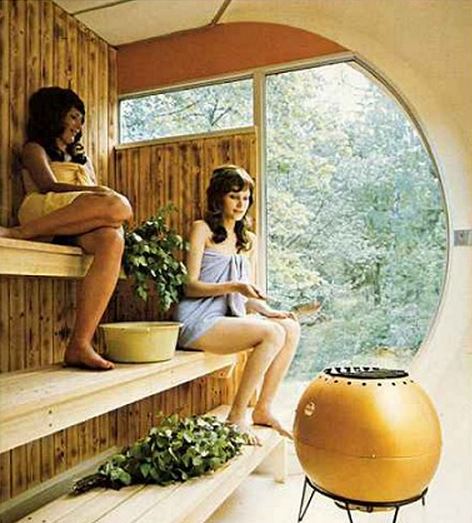 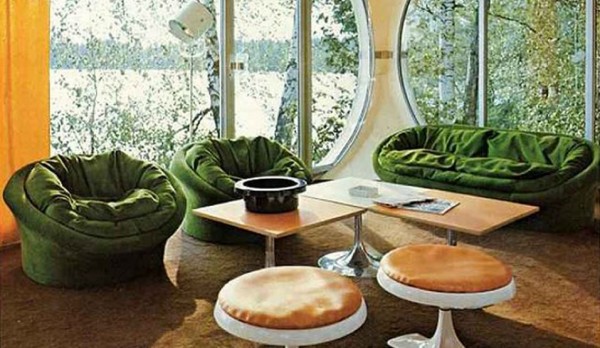 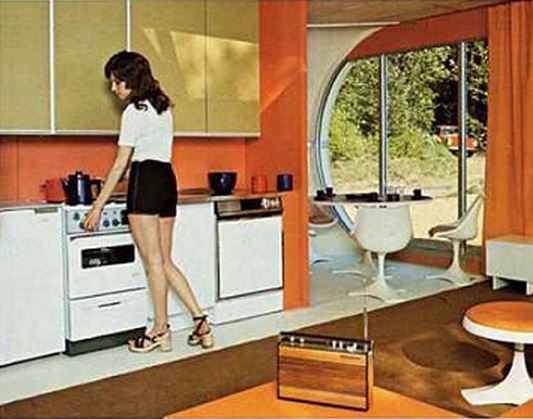 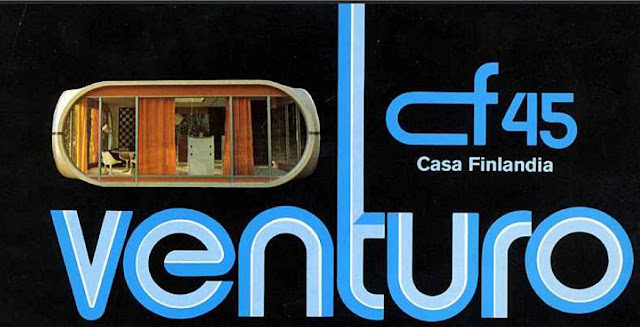 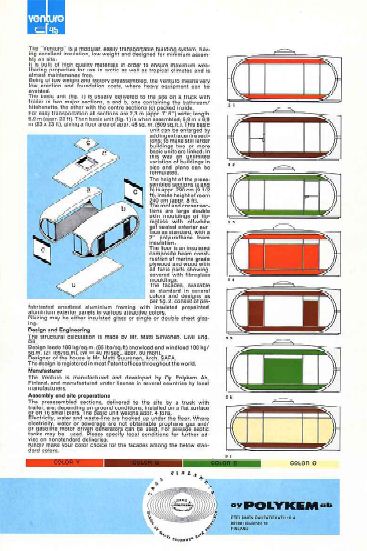 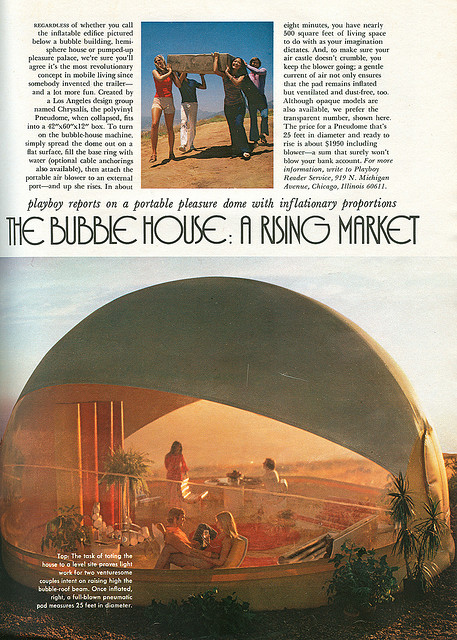 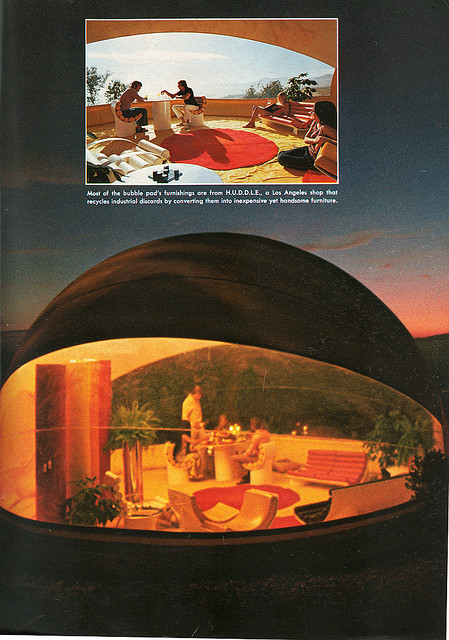 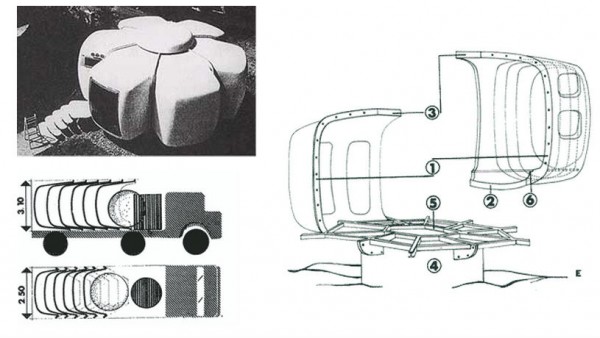 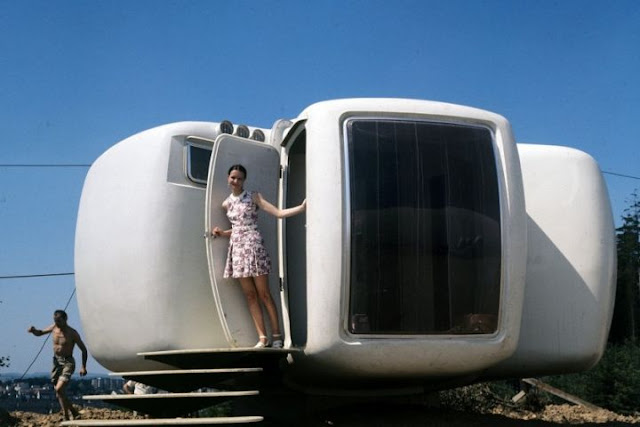 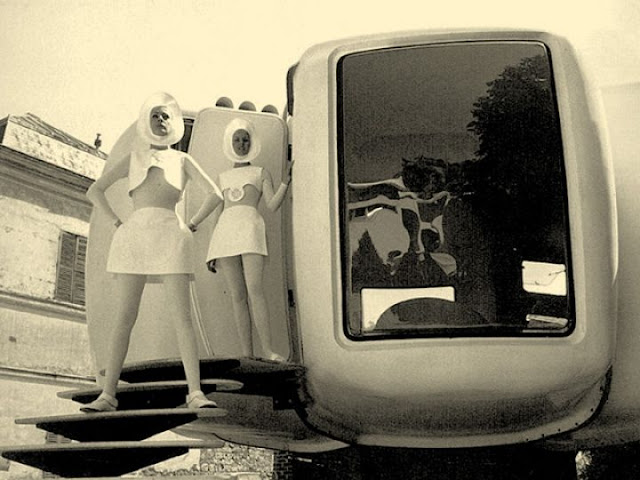 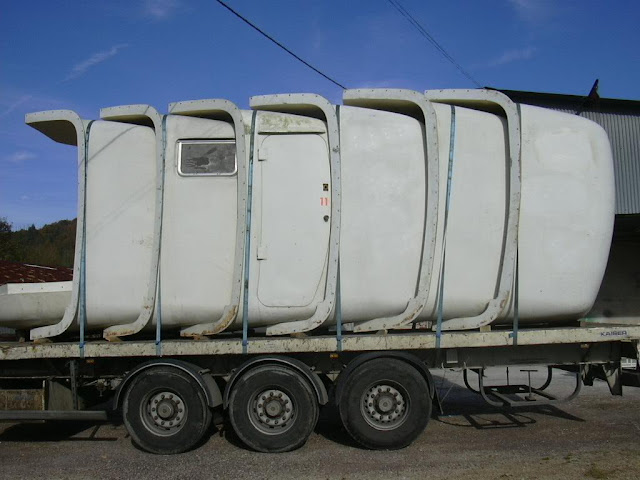