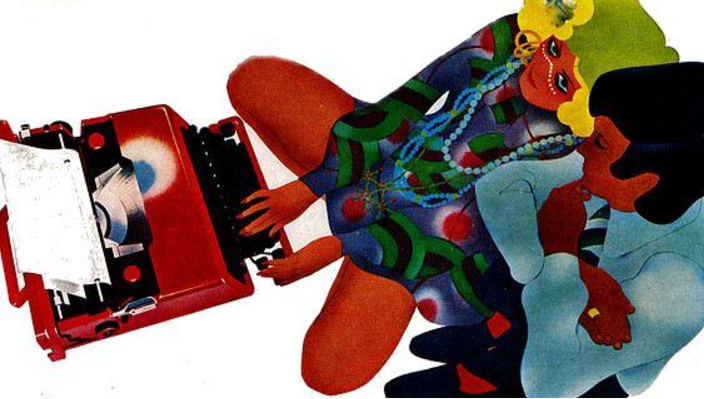 We guess that typewriter sales are pretty much non-existent these days since the introduction of the personal computer. However Olivetti were pioneers in 1959 when they produced Italy’s first computer, the transistorised Elea 9003. Later they created the Programma 101, this was the first commercially produced desktop computer, it was showcased at the New York World’s fair in 1964.

The Italian company were renowned for their attention to detail, from the shape of their typewriters to the design of their advertising posters, and these examples are no exception.

These posters are from the mid-sixties to the early seventies and display Olivetti’s usual high standard of graphic work. If you’d like to see some more hit the keys and browse through the Graphic Design of Olivetti set of posters.