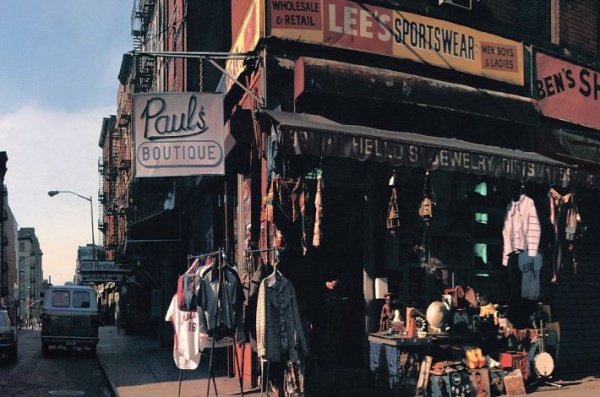 In the past we’ve visited the John Coltrane House and The Church in The Graduate with the Pop-Pilgrims. This time we’re taking a trip to New York to see the Paul’s Boutique corner from the cover of the Beastie Boys second Album.

Paul’s Boutique was originally considered a commercial flop by Capitol records when it was released in 1989. The label even stopped promoting the album as sales were so low compared to the Beasties first album Licensed to ill. However, the album’s popularity grew and it’s now considered to be the Beastie Boys ‘Masterpiece’. The album also took the trio from being seen as a ‘novelty’ act in the world of Hip-Hop to serious artists.