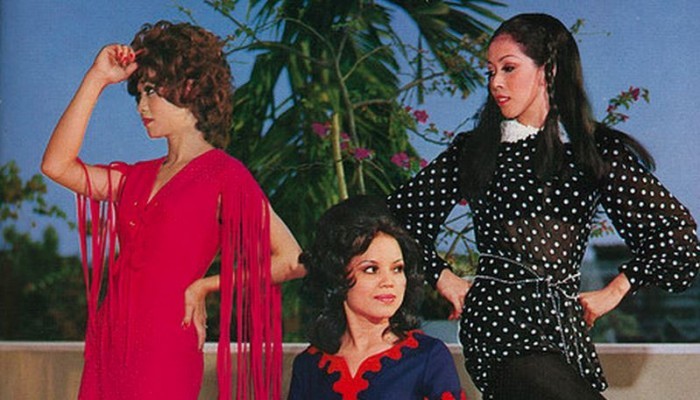 Time to go far-out in the far-east as we go to Swinging Siam in the sixties. Before now we’ve had funky music and record covers from Thailand in our Sound of smiles feature and posted some colourful Thai vintage film posters.

This time we turn to fashion in late 1960s Thailand. These pictures come from an issue of a 1968 magazine called ‘Thai Fashion’.The front cover features Miss Thailand 1968 – Saengduen Maenwongse in a traditional Thai-style dress, however inside the magazine the models are wearing clothing more reflective of the swinging sixties, such as Flower design dresses, Mini skirts, Hot pants and some sort of little red riding hood cape for the beach. 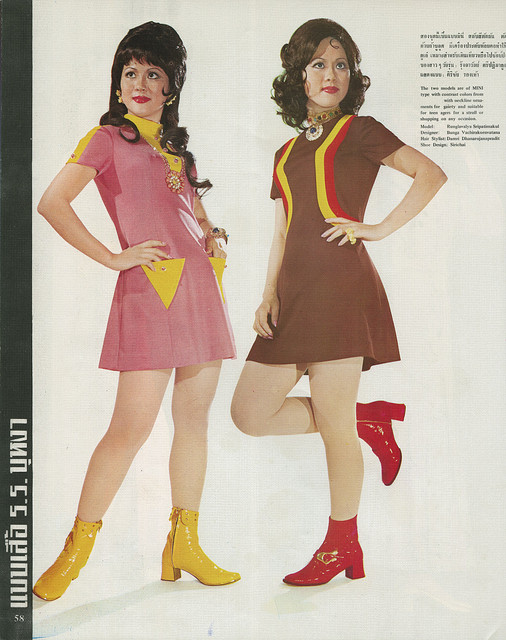 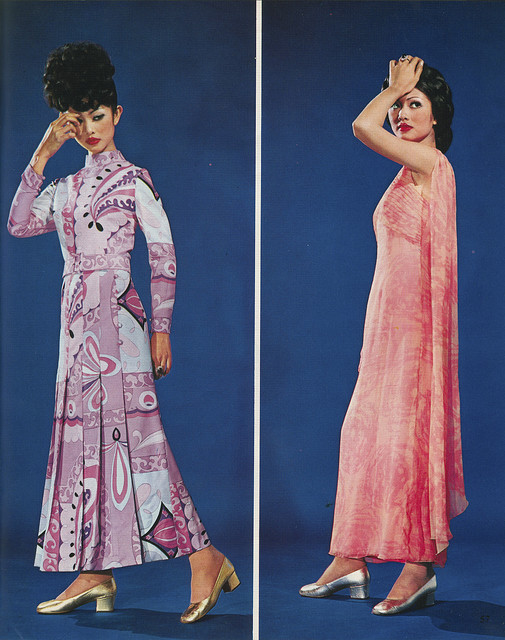 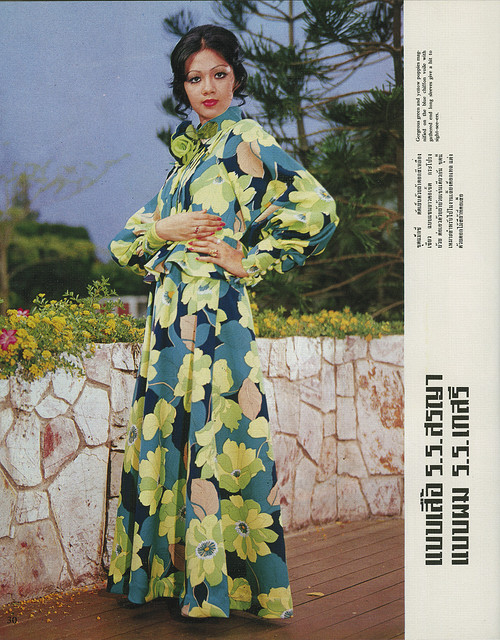 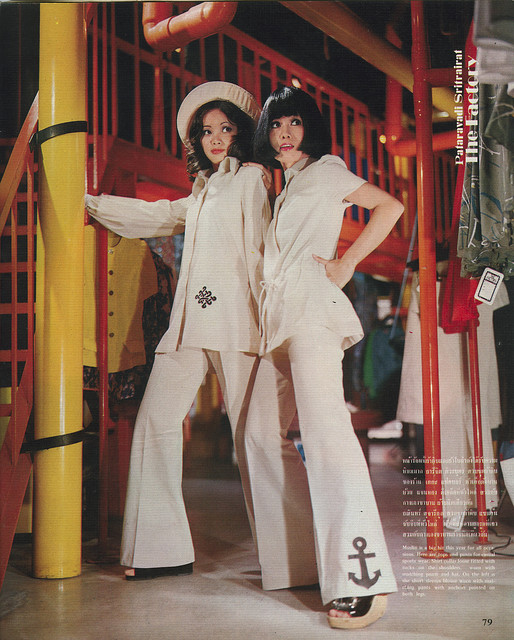 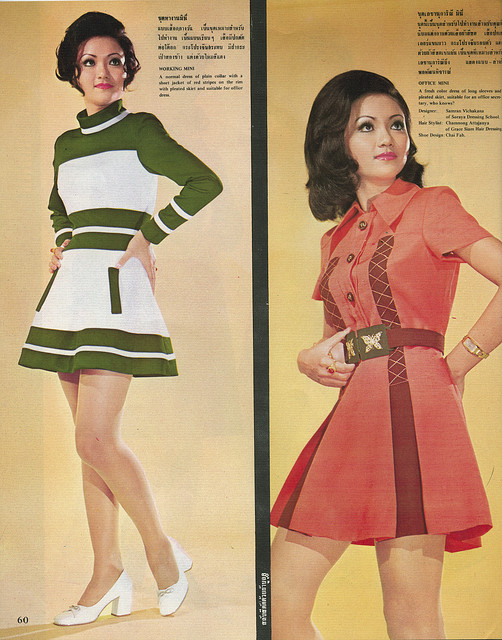 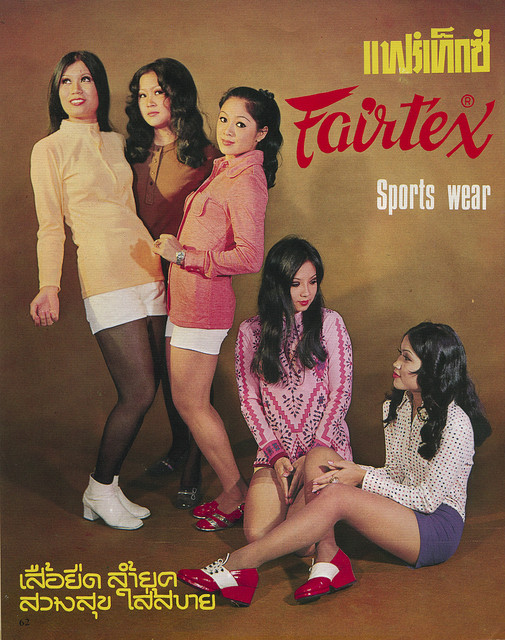 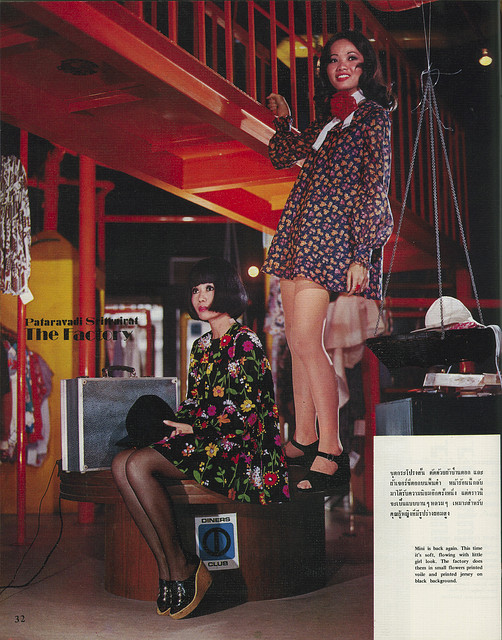 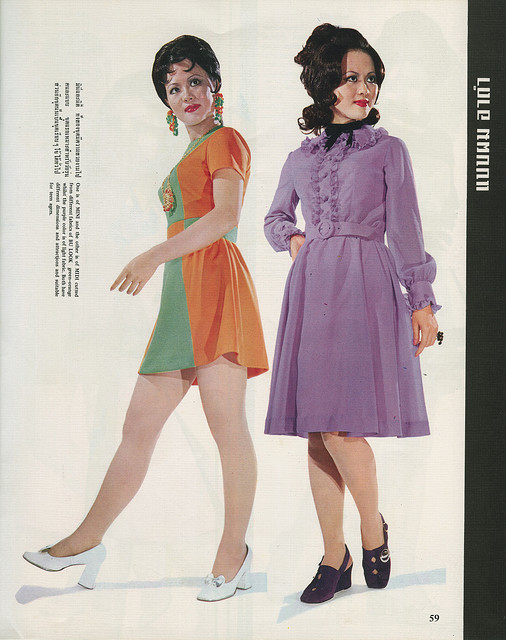 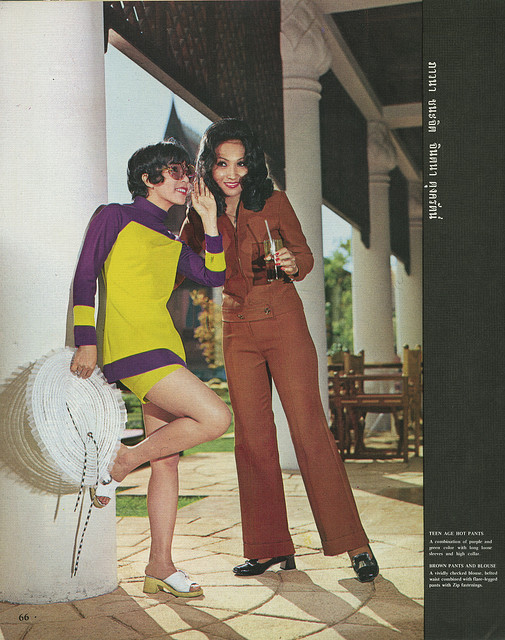 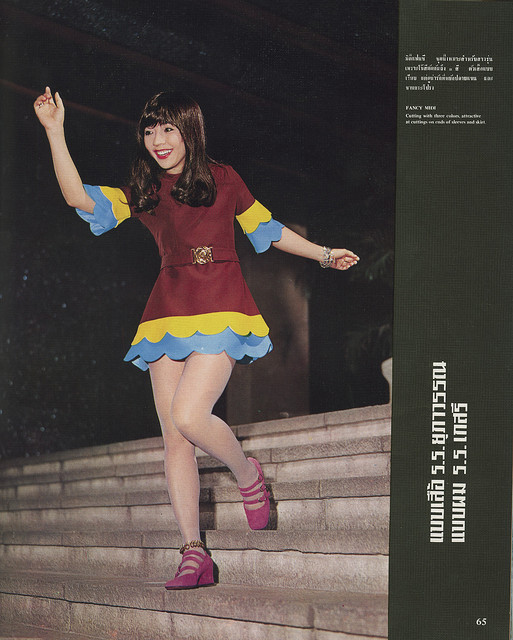 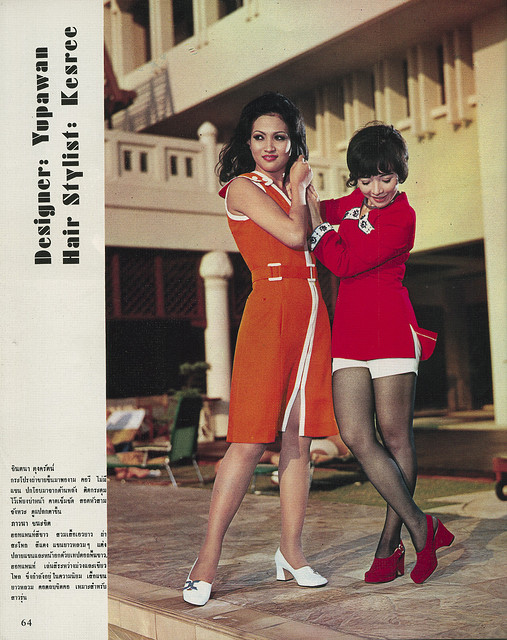 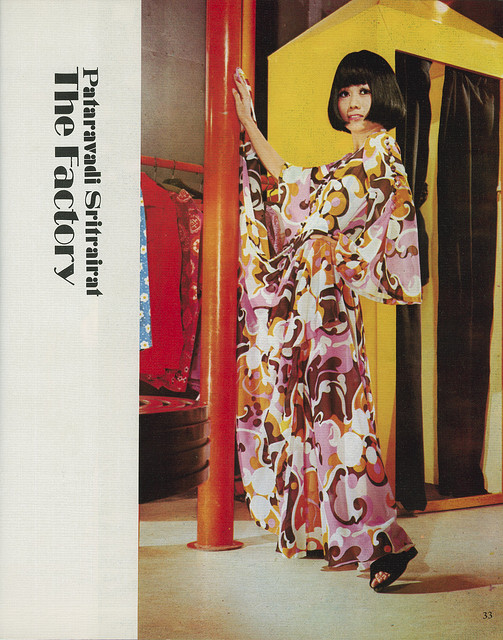 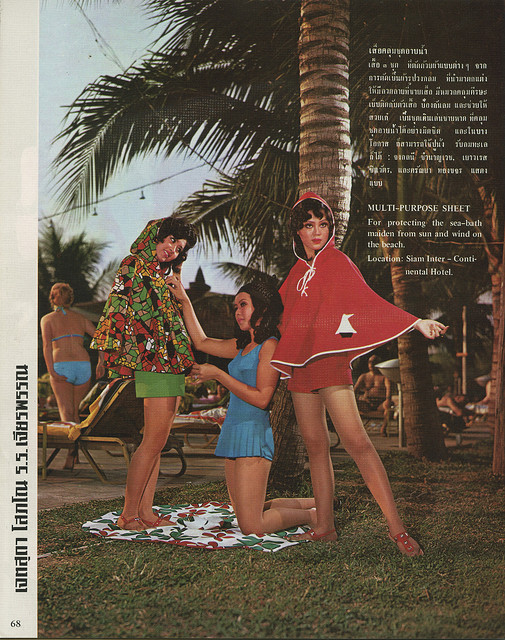 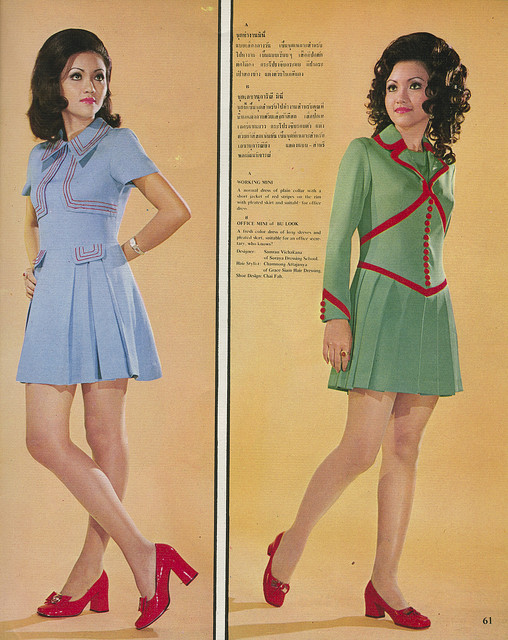 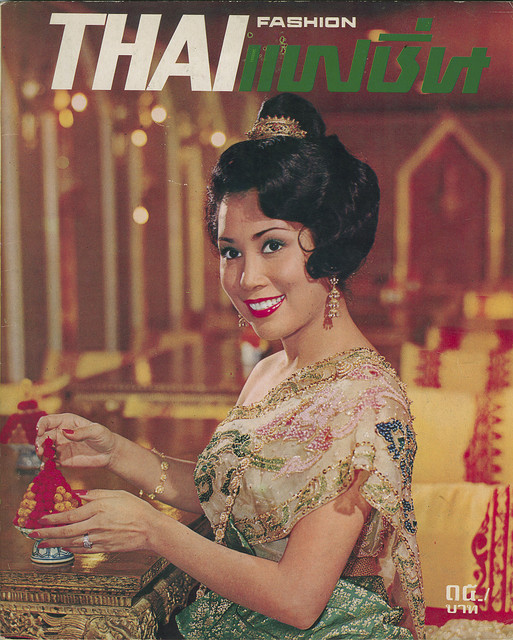