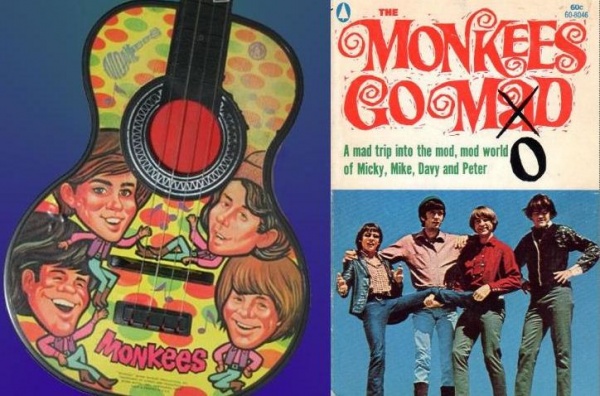 We all know the story of The Monkees, and how they were regarded as the first ‘boy band’ as such. That said, they don’t really compare to subsuquent boy bands in the quality stakes, and by that I mean they were better. At least we think so.

They were created to be the USA’s equivalent of The Beatles generally speaking, and they did become very successful in their own right on both sides of the pond and further. At first they had songs written for them by the top ‘swinging’ writers of the day, their band featured some top class musicians like Glen Campbell etc, and the songs were pretty good. It helps to have a primetime tv show to promote your band, and that’s what they had. that too was great, and it seemed the four people they had chosen for the Monkees were a great mix that definitely worked well together. 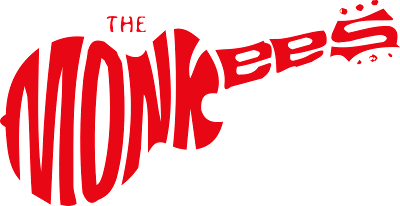 Once they started singing on their records, and playing the instruments, they still sounded cool. Obviously the next logical step was to write and record their own songs. This they did, set in amongst others penned by their usual stable of writers, with the odd exception. The songwriting job was taken on mainly by Mike Nesmith, but all others contributed, generally hitting the mark surprisingly. Anyway, like all big successful bands, they created their own following bordering on hysteria at times. And so Monkees memorabilia was pounced on, and, like The Beatles, there was a fair bit of it. And although we’ve gone round the houses a bit, this is the reason for the post.

Here we have just a small selection of Monkees memorabilia to give you an idea of just how popular they were in the mid to late sixties, as youngsters we loved the tv series, and their music, but we’re not sure about a glove puppet…… The Monkees crop up elsewhere on the site if you wanna read/view more, but for now enjoy the following images 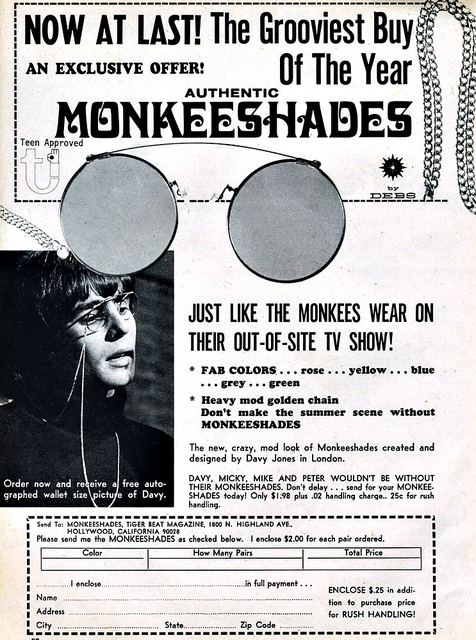