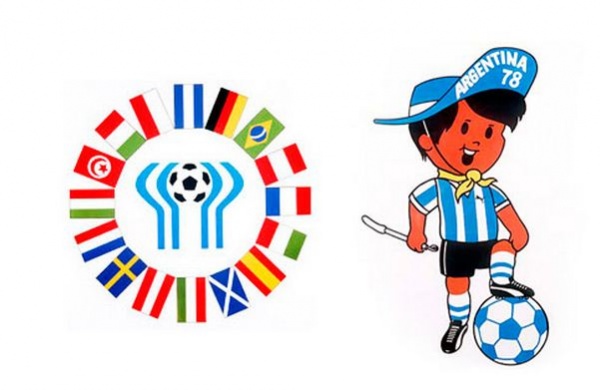 The 1978 World Cup finals were held in Argentina of course, and the host nation were obviously well fancied. All the big guns were there including Scotland, but no England for the second successive finals… Scotland were talked up, and manager Ally Macleod was full of confidence going into the tournament. It didn’t last long however, their first game against Peru ended in a 3-1 defeat, and after a 1-1 draw with Iran, they had to beat the dutch with a better goal average than Peru. Amazingly they managed to beat the excellent Dutch side 3-2, with one of the best goals you will ever see by scotlands Archie Gemmill. Alas it was all in vain as they lost out on goal difference to Peru.

The final was between the Netherlands, who were beaten finalists in 74, and the hosts Argentina, who eased through beating Peru 6-0, which is still the subject of a few rumours about political deals between the two countries. The final itself was a strange affair too. Argentina for some reason delayed coming onto the pitch, some say to whip up the home crowd. They then proceeded to complain about a plaster cast on one of the Dutch players arms, delaying even more. Once the game kicked off in a sea of ticker tape, it was quite a decent game, but after 90 minutes it stood at 1-1. Argentina found an extra gear in extra time, and run out 3-1 winners, hero Mario Kempes scoring two.

The official ball of the finals was the Adidas Tango, and the mascot was Gaucho, seen in the following images. Finally an apology to all our American viewers, and the majority of our lady viewers, unless they dig football of course! Enjoy. 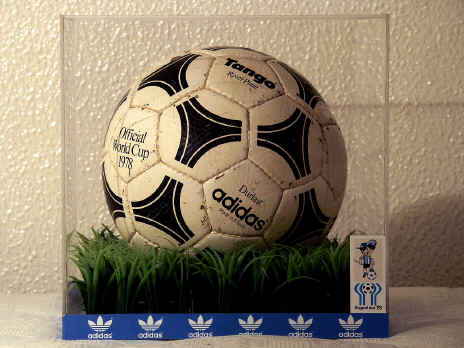