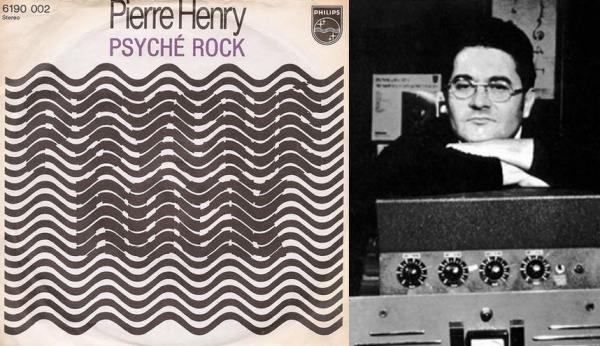 Pierre Henry – The Art of Sounds

French composer Pierre Henry first came to our attention way back in 2000 when Norman Cook aka Fatboy Slim remixed ‘Psyche Rock’. Prior to that he’d not really been on the radar which is a shame because the work he’s done over the years is very interesting and simply the fact that ‘Psyche Rock’ has effectively been used as the Futurama theme music makes him worthy of a mention.

Henry first started producing music aged 15 using different objects from the usual musical instruments used by fellow musicians. During the 1950s alongside Pierre Schaeffer he pioneered the genre of ‘musique concrete’ which literally means concrete music (also known as ‘found-object’ music) and does not include the traditional aspects we usually associate with musical composition such as instruments and conventional timing. This was also at the time when modern jazz was developing and musical boundaries were being broken down as artists experimented and tried new and different methods. Essentially the reasoning behind ‘musique concrete’ is that you cannot necessarily identify what has created the sounds you are listening to and therefore the listening experience is much different. For us the jury’s out on that one.

Henry has scored a large number of films and ballets, founded the first private electronic studio in France and also collaborated with UK prog-rock band Spooky Tooth on their 1970 album ‘Ceremony’.

Here we have a French documentary directed by Eric Damon following Pierre Henry at work and demonstrating his methods and his grumpiness. He’s a fascinating character and you have to admire someone who has dedicated their lifetime’s work to what they truly believe in.