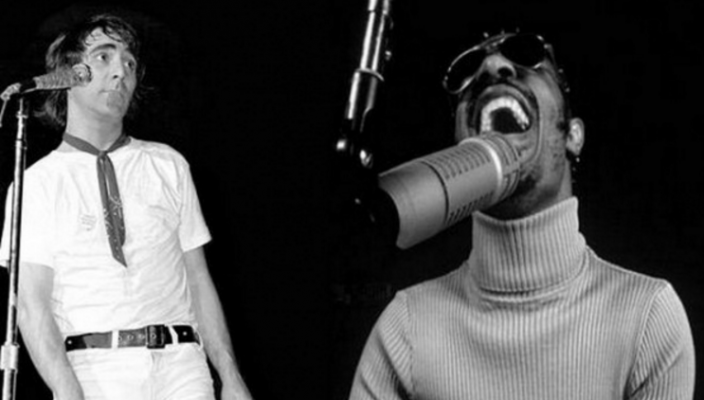 Finding rare concert footage from the Seventies of Stevie Wonder is always going to be a pleasure. However, when you’ve got the notorious drummer of The Who Keith Moon dressed up as a circus ringmaster introducing Mr Wonder, that’s a big bonus.

The 1972 Coliseum concert took place in California. And along with Stevie and Keith, other artists who performed included The Four Seasons, The Bee Gees and Sha-na-na.

His set clocks in at just over twenty minutes, so take a seat and enjoy an interview, a Temptations cover, Some classic Stevie tunes, the underrated “Love having you around” and some mean harmonica and vocoder action from the genius that is Stevie Wonder.