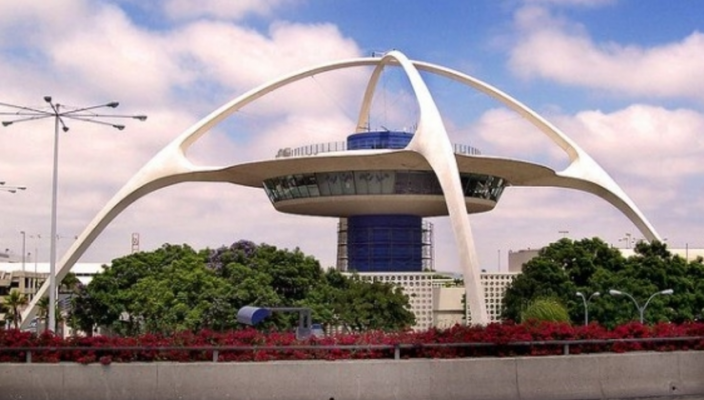 Googie Style – Back to the Future

The contrast between post-war America and the UK really was quite astounding in many ways almost to the point where it seems in the 1950s everything in the States was in colour and we were struggling along in good old black and white. There were many areas of contrast – cars, food, TV and film but the one we are taking a look at here is that of architecture and one notable style namely Googie Architecture. You may never have heard the name before but you will definitely have seen the style.

Googie architecture came about as a result of the spread of suburban America and the massive increase in car ownership that followed WWII. As towns and cities spread there was no longer a reliance on downtown shops, cafes and restaurants as businesses were set up to cater for the new suburbanites alongside the developing highway network that was being constructed. With their new found mobility people were able to drive to see movies, eat some fast-food and have a great night out without ever leaving their cars. Business owners needed to attract customers who were driving by and developed a space age, modern style of architecture that symbolised the excitement, energy and prosperity of 1950s America.

The term Googie came from a now long-gone café (demolished in 1989) in West Hollywood named after the owner’s wife’s nickname. The story goes that the editor of ‘House and Home’ magazine, Douglas Haskell and an architectural photographer, Julius Schulman, were driving past Googies when Haskell was so taken with the style of architecture he immediately stopped the car and announced that what they were looking at was Googie Architecture. Shortly after he wrote an article in February 1952 for ‘House and Home’ proclaiming the new style and saying it is: “Modern Architecture Uninhibited…an art in which anything and everything goes – so long as it’s modern”. The style started in California though quickly spread and became the predominant style for roadside cafes, restaurants and petrol stations throughout the US between the early 50s and the mid-sixties.

The Googie style had many of its own unique elements that were at the time futuristic and modern but now (almost inevitably) look rather dated and almost comical. Many Googie buildings had large upswept roofs to allow huge glass windows, massive domes that looked futuristic and space-age, flying saucer shapes, starbursts, geometric holes and boomerang shapes – all these elements were incorporated to spell out a futuristic almost utopian vision where people would be living like The Jetsons, man would conquer space, nuclear power would give virtually free energy and everyone would live happily ever after.

Perhaps the most famous example of the Googie style is the ‘Welcome to Las Vegas’ sign that still stands today. It incorporates a number of the classic elements – starbursts, bright colours, neon and contrasting shapes. Whilst the Las Vegas sign is the most famous example of the style, our old friends McDonald’s were probably the most famous exponents as they grew and spread throughout the US so did the Googie style. In fact throughout the 1950s the famous golden arches (classic Googie style) were a standard architectural feature of all McDonald’s restaurant designs and were actually only incorporated into the logo in 1962. The arches were abandoned from McDonald’s restaurant designs in 1960s and few examples remain as franchisees were required to constantly update their restaurants to keep pace with changing architectural trends.

The Googie style died out in the mid-1960s alongside the whole post-war American dream. The assassination of John F. Kennedy in 1963 saw a change in the American psyche and a national loss of innocence (not unlike 9/11 in many ways), the Vietnam War saw a shift in the way the US viewed itself, the developing NASA space program saw people’s view of space travel change from a romanticised vision to something far more pragmatic and the new baby boomers rebelled against their parents’ values and turned into hippies eschewing the whole ‘American Pie’ culture. The whole garish, in-your-face style of Googie quickly became dated and in the 1970s commercial buildings became less ostentatious and tended to blend in more with their surroundings.

Unfortunately Googie architecture is not viewed with affection by many architectural historians who consider it too flashy and over the top for worthy praise. Many historic Googie buildings have been demolished and unfortunately the style is not old enough to be considered worthy of preservation yet not young enough to still look modern. Fortunately it seems some authorities in the US are now realising the historical importance of Googie and what it represents in terms of American history and efforts to preserve some of the classic buildings are now being made. 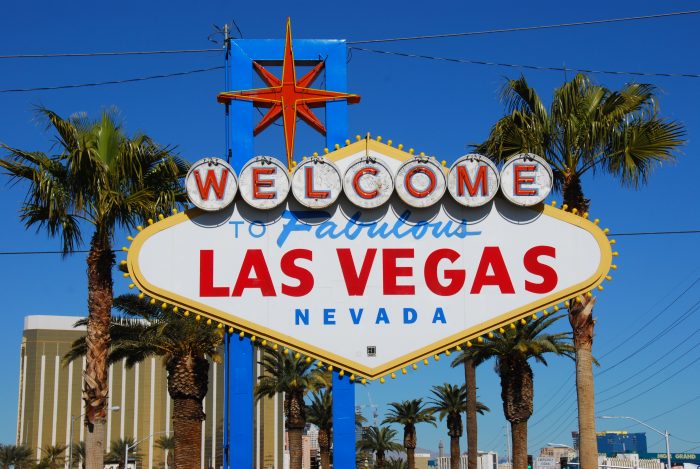 « The Art of Pepper Licensed to Love and Kill »