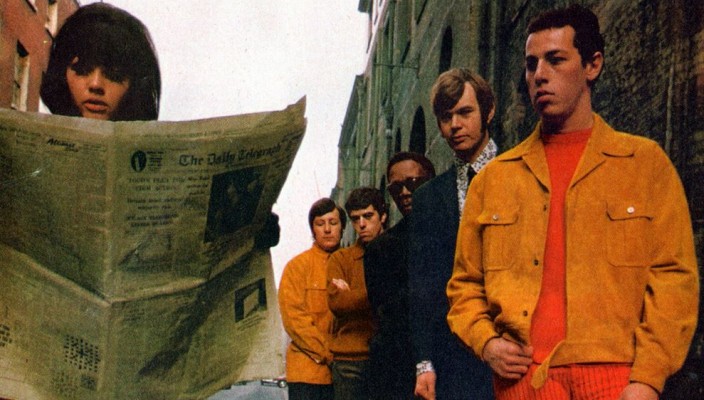 US men’s magazine Cavalier (motto: For the American Male) started way back in 1952 and is still, some 60 years later, going now. It was first published the year before Playboy to whom it has often been compared and back in the day tried to be seen as slightly hipper, more youthful and a bit more sussed than its big name rival. Almost an anti-establishment Playboy. Your dad bought Playboy, you bought Cavalier.

Cavalier would have serious pieces by well-known writers, interviews with big name stars – Bob Dylan being a prime example, loads of the latest fashion, articles on modern jazz and perhaps the icing on its anti-establishment cake – Robert Crumb’s ‘Fritz the Cat’: one of the first ‘head’ cartoons that were best read when stoned.

The whole Cavalier experience was never quite as glossy, quite as well-presented or quite as professional as Playboy but perhaps that was its appeal. Let’s face it back in the 60s which young American male wanted to be seen reading the same magazine as his dad?

Whilst Cavalier Magazine is still going now it seems to have slipped down a rung or two on the respectability ladder and is mainly filled with soft-porn. But hey, let’s take a look back to the glory days of Cavalier when all was groovy and young men waited in a queue to read the Daily Telegraph over a model’s shoulder.