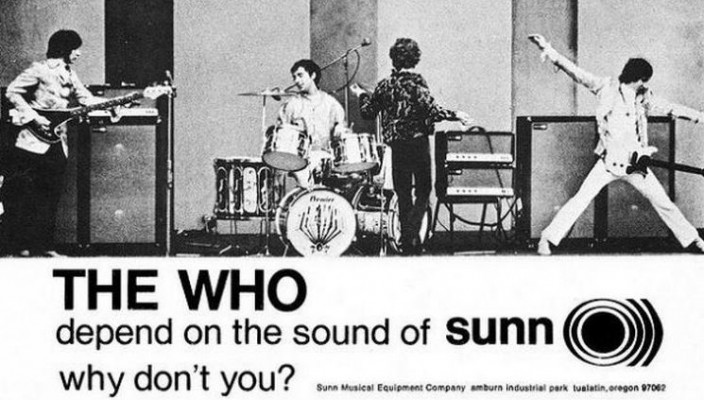 The Who (and Others) Sell Out – Instrument Ads

Whilst we’re no spring chickens here at VoEA we are struggling to recall the favourite pop groups of our collective youth advertising the instruments they used to play, but back in the Swinging Sixties it seems this was a fairly common occurrence.Here we look at the period between ’64 & ’68 with the likes of The Beatles, The Pretty Things, Little Stevie Wonder and of course The Who. Our guess is there was a brief period of time when the band (or members thereof) were big enough stars to be of benefit to their suppliers in terms of advertising whilst still needing a bit of help from the revenue generated. Once the bands in question reached a particular level of success they clearly didn’t need to bother selling other peoples wares for them.

One exception though to this (probably highly inaccurate) rule must be The Who. Due to the prodigious rate at which they got through (or rather destroyed) their instruments it was clearly of great benefit to have a close and reciprocal relationship with their suppliers.

So here’s some of our 60’s idols selling out at a time before they got too big to sell out: 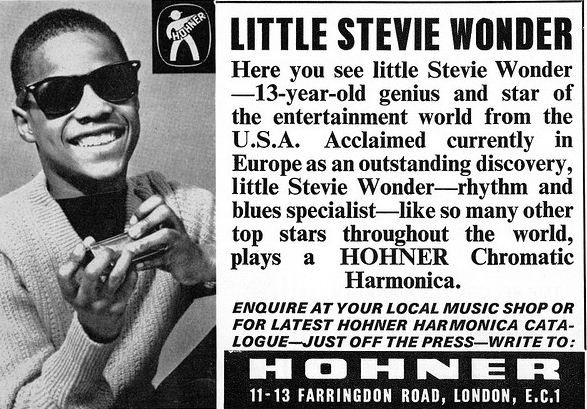