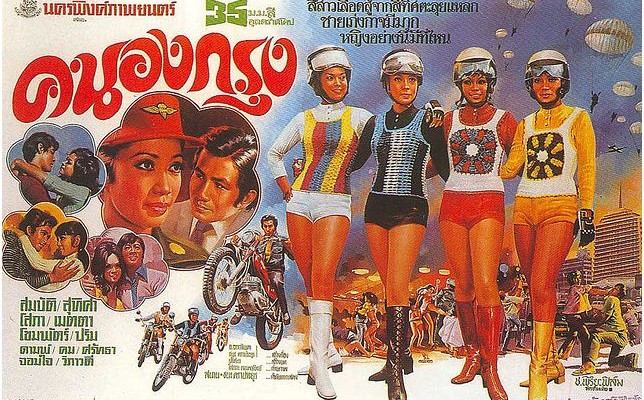 We believe these Thai film posters range from the late Sixties to the early Eighties. Some have the English translation of the film title on them, such as The Bug Man, Play Boy and The Return of Dr Chang.

We’ve had the Voices of East Anglia Thai Translation team in to try and translate the ones without English Titles. And it’s bad news. Most of the film names cannot be translated into English, as they contain Thai slang words. So if you cannot read Thai, you’ll just have to enjoy the pictures with us.