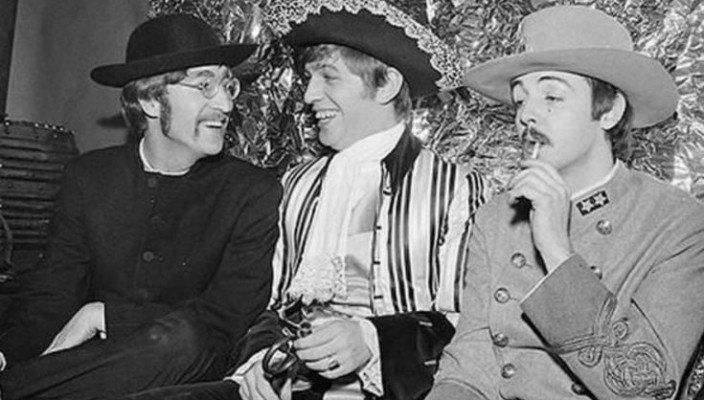 Cromwellian Club – Quite Possibly the Coolest Club Ever

OK, so here’s the deal. Let’s just suspend reality for a short while and imagine we’ve got a time machine and can travel back to any time we like. It’s the weekend; we want to check out a club, we can go anywhere and anytime, so where do we go? Well, here’s our suggestion: The Cromwellian Club, 3 Cromwell Road, London SW7 somewhere around the summer of 1966. Never heard of it? Neither had we until recently but when you read a bit more about it you’ll realise why it’s the kind of place we’d have liked to hang around back in the day.

Situated in South Kensington opposite the Natural History Museum, 3 Cromwell Road has for the past 70 years lived a rather shady life. It had a number of years as an illegal gambling den often used by John Aspinall. He was legendary in London during the late 1950s for his Chemin de Fer (the original version of Baccarat) gambling parties. At the time gambling houses were only defined as such if gambling related events had taken place more than three times in a given period. Aspinall was very clever at staying one step ahead of the law by firstly renting high-class venues then making sure he never used them more than three times and secondly by getting his mum to pay off corrupt Metropolitan Police officers to ensure they turned a blind eye. However, being somewhat absent-minded, his mum forgot to make one of her regular payments to the police, one of Aspinall’s parties was raided and he was subsequently prosecuted. However in a real turn up for the books (or should that be a real turn up for the bookies) Aspinall actually won the court case and this outcome was commonly referred to as ‘Aspinall’s Law’. In 1960 the government passed the 1960 Betting and Gaming Act which revolutionised the whole industry and legalised casinos and bingo halls albeit trading as private members clubs.

Two years later Aspinall established the perfectly legal Clermont Club in Mayfair and subsequently 3 Cromwell Road was purchased in 1964 by bar and restaurant owner Tony Mitchell and renamed The Cromwellian Club. Mitchell had a vision he could create a high-class society club to be frequented by the likes of Lord Lucan and Princess Margaret but his initial high hopes were dashed when many of London’s less salubrious punters started to become regulars. Now, when you’ve invested a large amount of money in a club and it’s not attracting the right clientele what do you do? Well, like any self-respecting entrepreneur and club-owner would, Mitchell convinced four well-known wrestlers to buy a stake in the club: Paul ‘Doctor Death’ Lincoln, Ray ‘Rebel’ Hunter, Bob ‘The Wrestling Beatle’ Archer and Al ‘The White Angel’ Hayes duly became shareholders and bought with them not only grappling ability to keep those unwanted punters at bay but also excellent promotional skills (this was before wrestlers had such things as agents – they did the whole shooting match themselves back then). Bob ‘The Wrestling Beatle’ Archer had a sideline as a rock promoter and the icing on the cake was that Paul ‘Doctor Death’ Lincoln and Ray ‘Rebel’ Hunter owned a café called 2 I’s Coffee Bar where many of the late fifties rock’n’rollers such as Tommy Steele, the Shadows and Cliff Richard had been discovered.

By 1965 when the Cromwellian was starting to take off as were the Swinging Sixties and the owners were keen to make the club attractive to the in crowd. With three floors at their disposal they ended up with a casino on the first floor (originally it had been located on the ground floor but a Molotov Cocktail through the window forced a relocation upstairs), the bar on the ground floor and in the basement (where else?) the discotheque. This was where all the action happened; Bob Archer hired relatively unknown but musically skilled bands as the house acts and invited visiting musicians and singers to sit in and do their bit. One of the first house bands was Steampacket consisting of Long John Baldry, Rod Stewart, Julie Driscoll and Brian Auger. After Steampacket split up Long John Baldry went on to form another band that played regularly at the Cromwellian called Bluesology. This band consisted of Baldry, Elton Dean, Caleb Quaye and a certain Reg Dwight. Not long after this Dwight changed his name using the first names of two of his fellow band members and became Elton John.

Well-known guests were positively encouraged to jam with the house band and this was the first place in the UK Jimi Hendrix played after arriving from the US in 1967. Eric Clapton, Tom Jones, Lulu, Keith Richards, Eric Burden, Georgie Fame, The Kinks and Chris Farlowe were all regulars sometimes getting up on stage to do their thing. Occasional special guest acts were shipped over from the US including Stevie Wonder, Wilson Pickett and The Drifters. The Beatles whilst they didn’t play on stage were occasional attendees as were a number of film stars including Lee Marvin, Ryan O’Neal and the man himself Sean Connery.

As with the fashions and the music in the 1960s things moved on very quickly and other clubs became the hip hang-outs for the in crowd. The Speakeasy and the Scotch of St James became de-riguer for a short time and whilst the Cromwellian carried on for a number of years very successfully it never regained the reputation it had in ’66 and ’67 as the place to be. 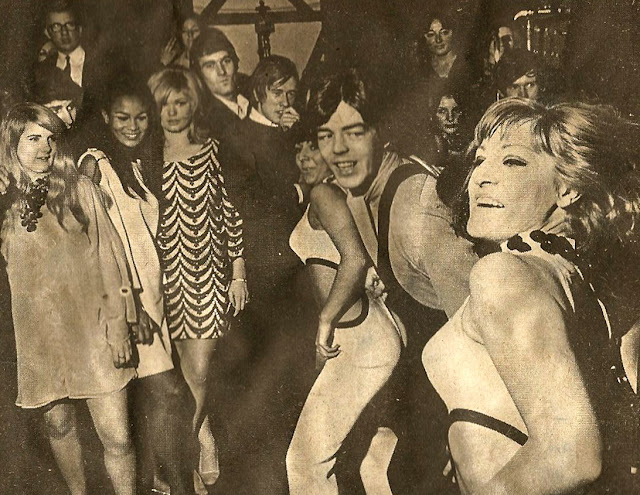 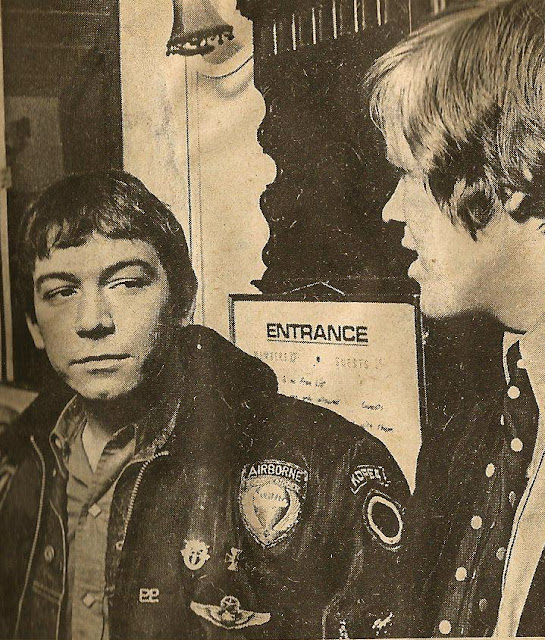 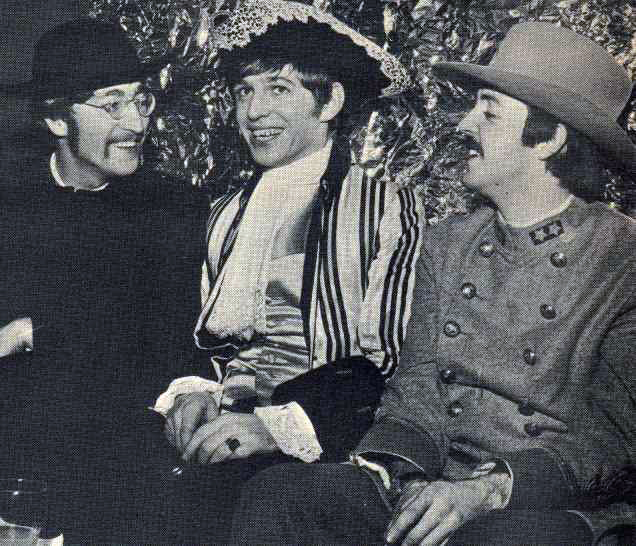 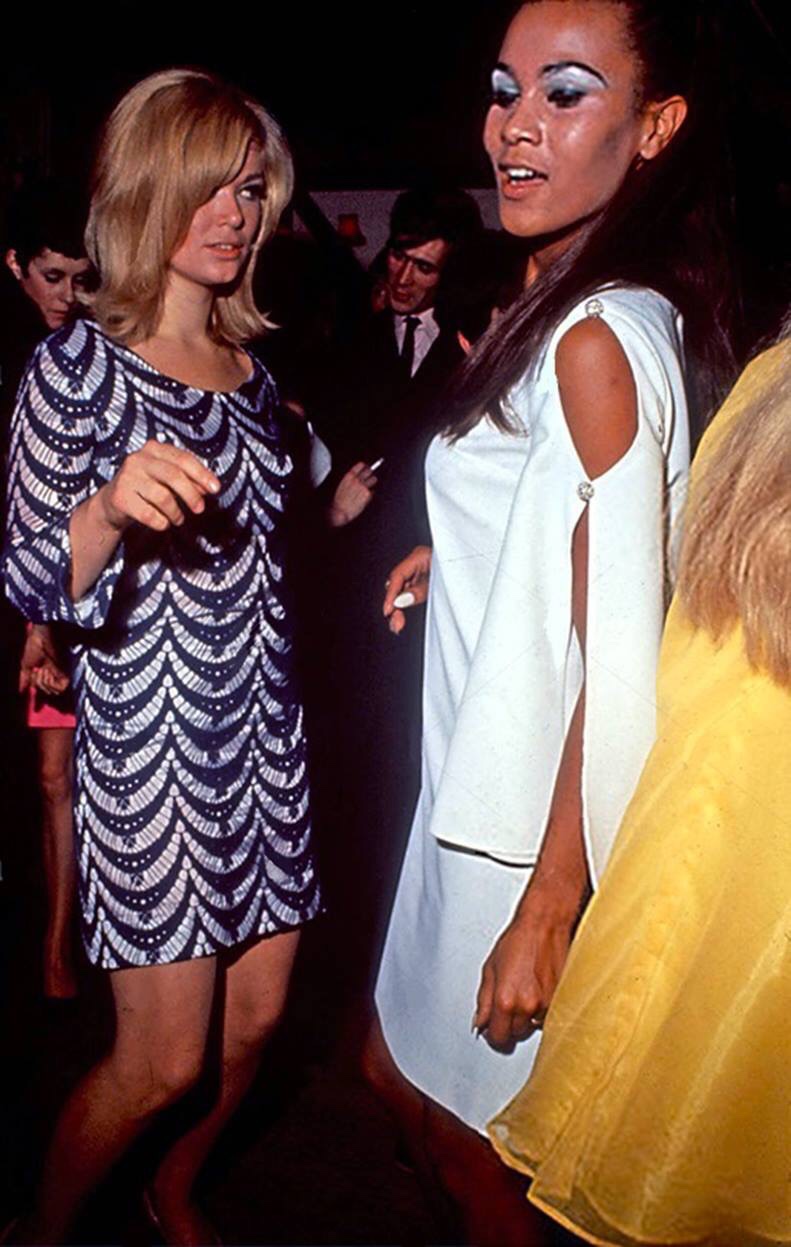 The Cromwellian Club at 1.30 minutes