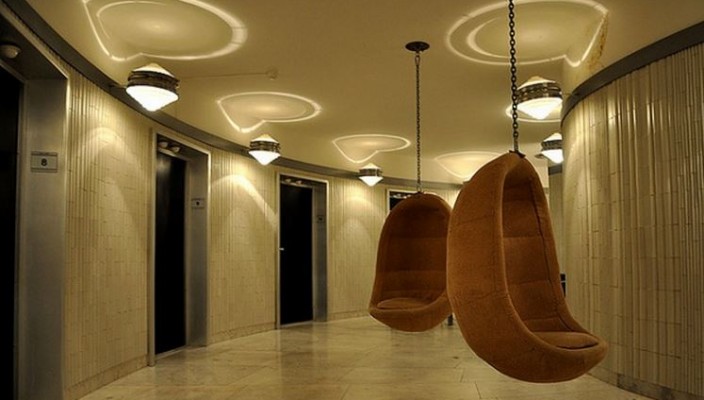 Welcome to the Hotel Jested

With its unique design, swinging chairs, indoor pond and groovy lighting you would of thought that the Jested hotel in the Czech Republic would of been an ideal location for a Sixties James Bond film or at least an episode of The Man from UNCLE. However, it has only appeared in one film by Czech director David Ondraček called “Grand Hotel” in 2006.

The hotel was designed by architect Karel Hubacek, who later received the Perret’s Prize of the International Union of Architects for the design. The 94 metre high tower is used to transmit Television signals, while the rounded base of the building contains the hotel and restaurant.

The hotel has two suites and twelve double rooms extended with eight double rooms. If you don’t mind heights and fancy a stay there, visit the Hotel Jested website for more information. 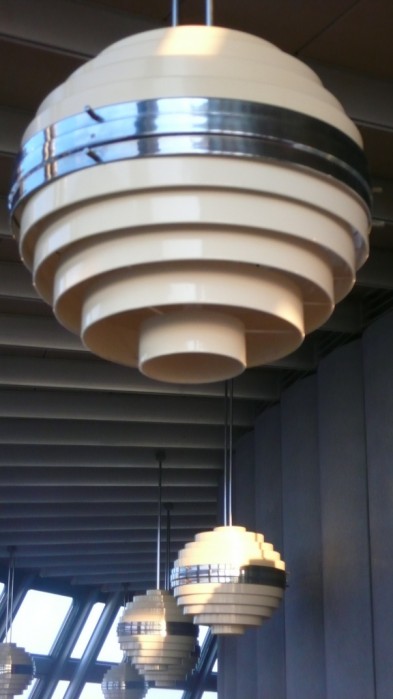 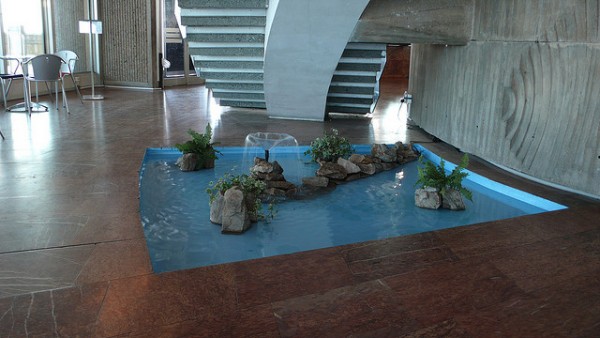 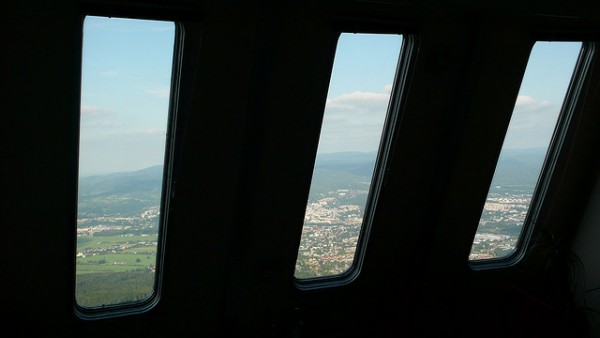 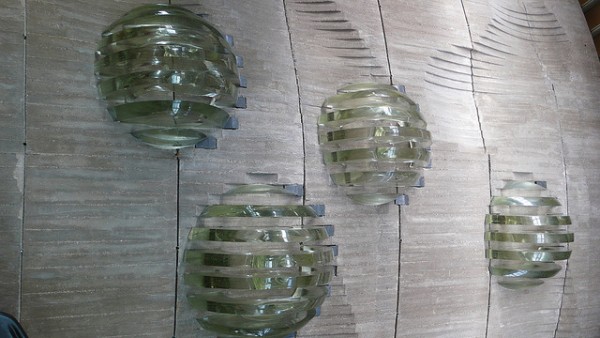 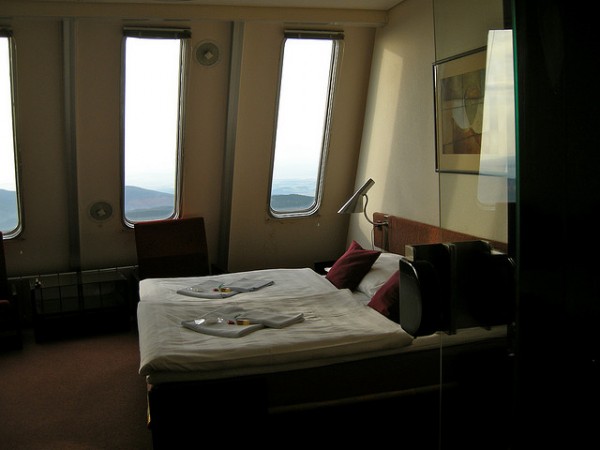 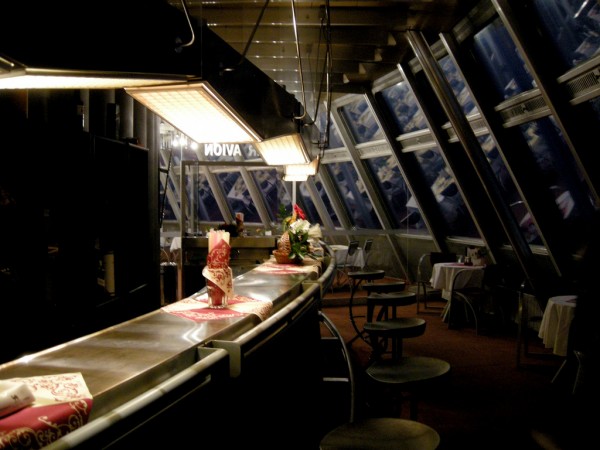 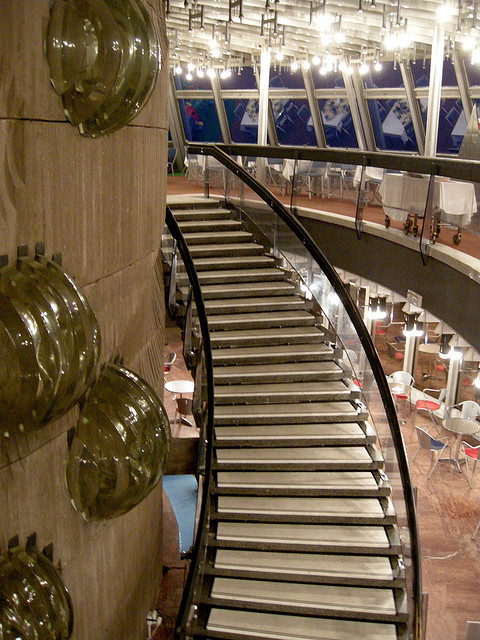 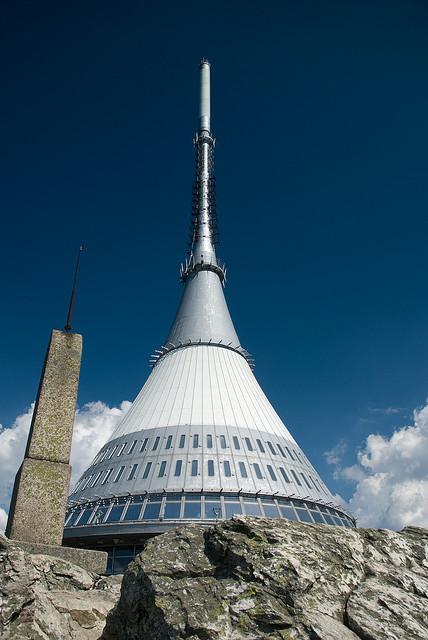 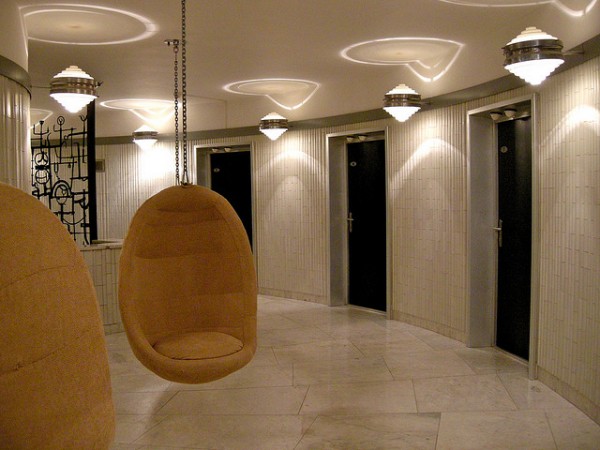 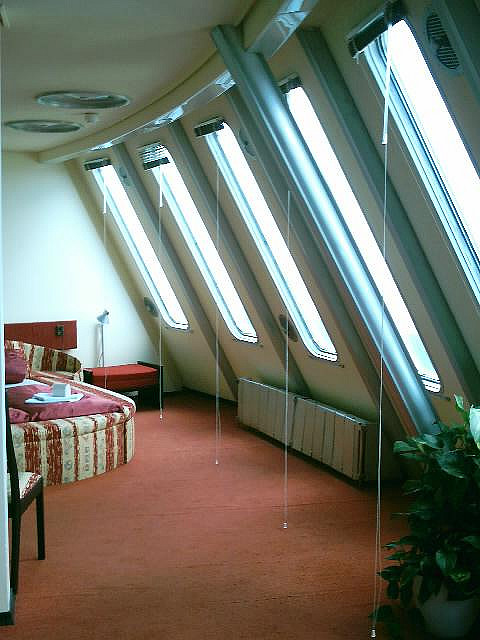 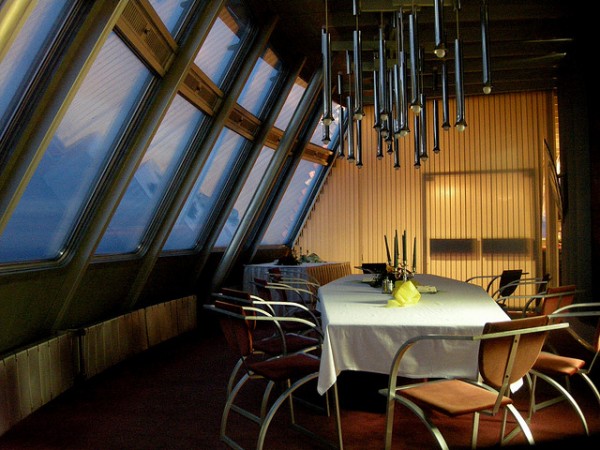 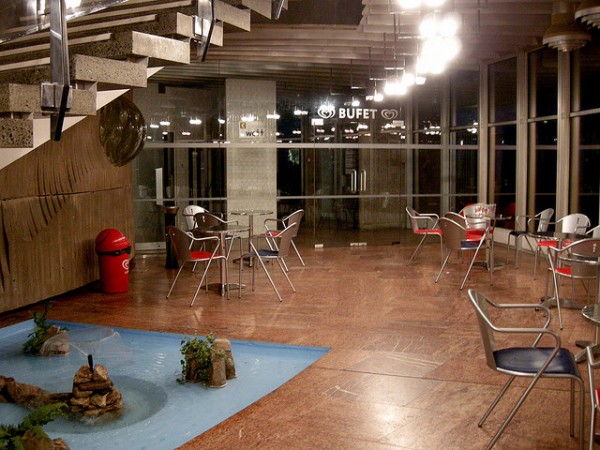 Menswear - Patterns From The Past
Mod Trilogy - They Call Us Misfits Documentary
On The Soul Side - Concert Posters
Jazz Matches – Have You Got a Light Boy?
Psychedelic Snack - Retro Recipes and Cookbooks
Brenda Holloway - You've Made Me So Very Happy
40 Vintage European Posters
The Ultimate Bachelor Pad - James Bond House

« The Pan Book of Horror Series On The Wheels of Steel »