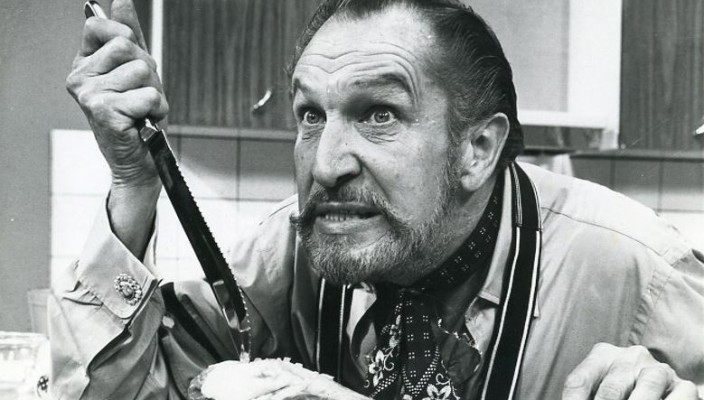 When he wasn’t cooking witches as Matthew Hopkins in the film Witchfinder General, Actor Vincent Price could be found in the kitchen cooking a nice roast dinner.

In addition to his acting career, Vincent Price was also a noted gourmet cook. He published several cookbooks and also hosted his own cookery TV show in the early 1970s called Cooking Price-wise.

Vincent Price adds his distinctive voice to these cooking lessons hosted on you tube. In the first one he’ll teach you how to pickle mushrooms, and in the second he’ll give you a lesson on how to cook roast pork with prunes – Yummy! 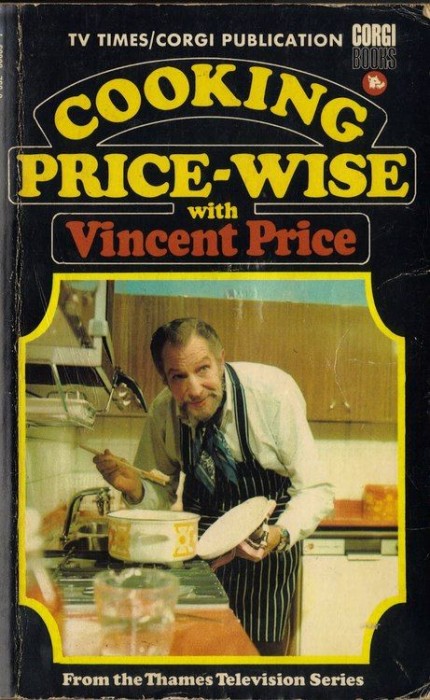 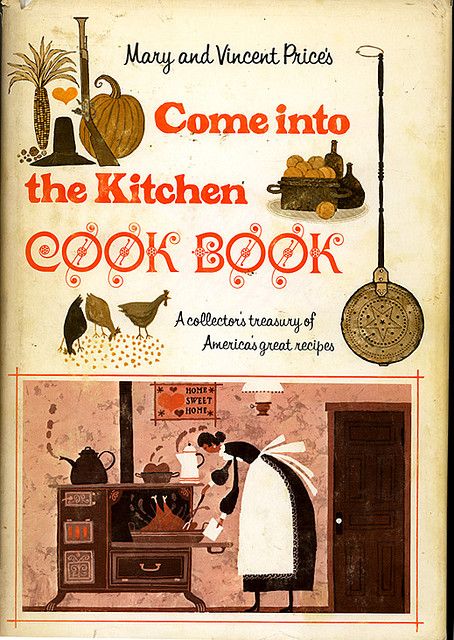