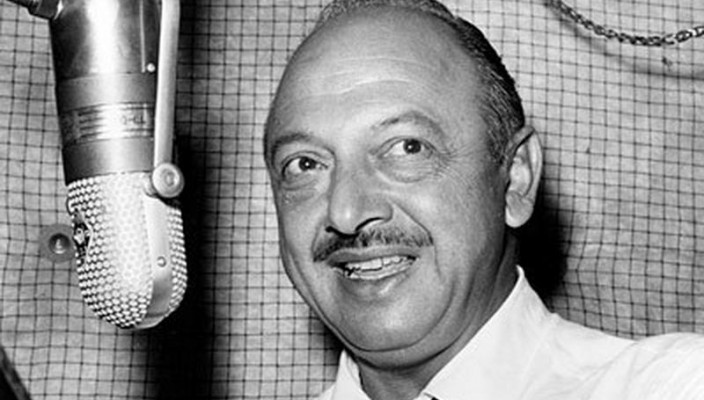 Want to buy a record with Mel Blanc?

Here’s “The Man of a Thousand Voices” Mel Blanc in a 1951 colour film called “Wanna buy a record”.The film stars the voice behind the cartoon characters of Warner Bros and Hanna Barbera as a record dealer in California.

That’s all folks….Enjoy the film

From the You Tube Description

Filmed in wonderful color, this special promotional film was made in 1951 , it is 35 minutes long & is of perfect quality! This lost gem was never shown to the public & was used for promotional use only among record executives! It hasn’t been seen in over 55 years!! What’s on it? well, we get to see lots of great color footage of Hollywood landmarks first up.

Mel plays a record dealer who is desperately trying to sell anyone a record at the corner of Sunset & Vine streets in Hollywood, California. While pestering several people, (including Yogi Yorgeson!!), Billy May approaches playing a regular guy walking down the street, Mel takes him into his record store, (Wallichs Music City) & proceeds to pitch everything in the store to him.

In the end Billy won’t pay the 85 cents for a record & Mel decides to show him exactly how records are made! They go over to the Capitol Records recording studios on Melrose Avenue & meet with Alan Livingston who takes them on a tour, here is where they run into several famous folks while getting into a little bit of mischief along the way! We get to see rare footage of Dean Martin in the studio actually recording one of his hit records! they run into Les Paul and Mary Ford, a vocal group, a country & western singer (Merle Travis?), and even Bozo the clown!