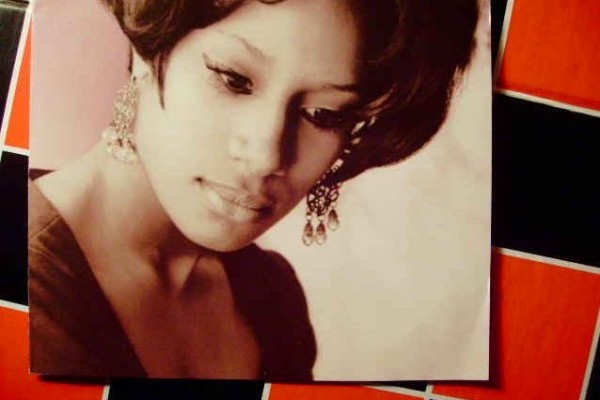 Brenda Holloway – You’ve Made Me So Very Happy

Strangely enough when Berry Gordy first signed Brenda Holloway to Motown records he hadn’t actually heard her sing such was the captivating nature of her beauty. When Gordy first saw Brenda perform she was lip-synching to Mary Wells classic ‘My Guy’ and he knew as soon as he saw her he had to sign her up; the following day Brenda Holloway had a contract with Motown records.
At the time Gordy was trying to find another Mary Wells and saw a lot of potential in Brenda Holloway – she had the looks and fortunately for Gordy she had the voice, she was also a trained musician playing both the violin and cello which was rare among young black women in 1960s America.

Brenda’s first recording for Motown was a re-recording of ‘Every Little Bit Hurts’ which she had recorded two years earlier for a different label. Although reluctant she agreed to record it and after release in May 1964 it became a hit reaching number 13 in the Hot 100. Holloway’s second release with Motown was ‘I Will Always Love You’ followed by the Smokey Robinson penned ‘When I’m Gone’ which peaked at number 25. Incidentally this had originally been recorded by Mary Wells but her Motown contract had lapsed and Holloway stepped into her shoes.

Following the success of her early singles Holloway was asked to open for the Beatles on their 1965 USA tour and is featured in The Beatles at Shea Stadium film. At the time this was the largest Beatles concert with 55.600 in attendance. Brenda Holloway’s live performances had become the stuff of legend with her skin-tight pantsuits that she more than adequately filled out. During gigs men would be shouting and screaming such was her sex appeal and envious women would be waiting to attack her at the end of concerts for having their men yell at her. Berry Gordy, known as a bit of a ladies’ man, was very much attracted to Brenda and when he made his move was given a choice: “Either I be your woman or I sing”. She was a pretty forthright woman and after that Gordy left alone.

Holloway saw herself as more than just a singer and, despite little or no encouragement from Motown, started to write her own songs. She eventually struck gold in 1967 when ‘You’ve Made Me So Very Happy’ written by Brenda, her sister Patrice, Berry Gordy and Frank Wilson (of ‘Do I Love You’ – the rarest ever Northern single fame) reached number 39 in the US charts. Not long after this Holloway left Motown and a couple of years later married a pastor – Albert Davis, bearing four children by him.

Blood, Sweat and Tears covered ‘You’ve Made Me So Very Happy’ in 1969, a version many feel overshadows Brenda’s version, and reached number 2 in the Hot 100. A number of other artists have recorded the track including Candi Staton, Edwin Starr, The Temptations, The Miracles, Diana Ross, Lou Rawls and er, Gloria Estefan.

After a long period away from the music business raising a family Brenda started recording again in the late 1980s for Ian Levine’s Motorcity label and is still recording and performing live to this day.