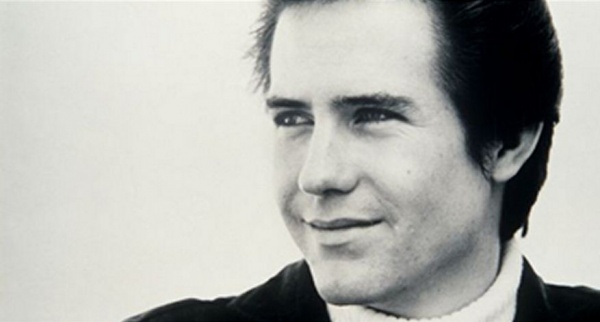 The Magic Touch and the Strange Death of Bobby Fuller

Those of you with even a passing acquaintance of the Northern Soul scene will be aware of Melba Moore’s stomping version of ‘The Magic Touch’ which was massive in the 1980’s having been discovered by Ady Croasdell and later released on Kent Records. What is probably less well-known is the original recording of this track was done by The Bobby Fuller Four (though written by Ted Daryll) a band who had brief fame with a few US hits in the 1960s and interestingly enough also had a hit with ‘I Fought the Law’ which The Clash made massive in 1979.

Bobby Fuller was a massive Buddy Holly fan and in many ways emulated his bespectacled hero. When Bobby Fuller was on top form many say he sounded like Buddy Holly might have sounded in the sixties had he not died in 1959. Fuller was nothing if not ambitious and set up his own recording studio in his El Paso home where the sound quality was so impressive local bands would record there and Fuller would develop and hone his own producing skills. He had a few minor hits in the local Texas charts in the early sixties but felt he could do bigger and better things.

In 1964 in an attempt at the big time, Fuller and his band The Bobby Fuller Four moved to Los Angeles where they signed to Mustang Records. Hits followed in 1965 firstly with ‘Let Her Dance’ and then ‘I Fought the Law’ which reached number nine. In July 1966 shortly after ‘I Fought the Law’ became a hit Bobby Fuller was found dead in his car in very suspicious circumstances.

At around 1am early morning on July 18th 1966 took a phone call and then headed out. At the time he was staying in a Hollywood apartment with him mum who had moved with him from Texas. He said he’d come straight back but by the next morning when he had not returned his mother became concerned. She contacted the band’s manager to ask him to see if he had any information on his whereabouts. Fuller had recently treated himself to a new Corvette but when he headed out had taken his mum’s Oldsmobile. In the late afternoon this Oldsmobile mysteriously appeared on the driveway of the apartment and when Fuller’s mum went to check it she found his body sprawled across the front seats. Fuller was dead; he’d been badly beaten, was covered in blood and also covered in petrol and the resultant autopsy found his stomach was filled with petrol too. The police investigation was not by any means thorough and the conclusion was that this was simply another rock’n’roll star who’d overdosed and case closed. A verdict of suicide was recorded. Inevitably many theories and rumours circulated after Fuller’s death – after all why would a successful young pop start with everything to live for kill himself and swallow large quantities of petrol?The theory that most hold to be closest to the truth is that Fuller had been seeing a young lady who also happened to be involved with a major underworld gangland figure and unfortunately paid the ultimate price. There’s a certain irony that the last track he recorded before his death was called ‘Love’s Made a Fool of You’.

Fuller was a talented performer and songwriter and producer who, had he lived longer, would almost certainly have carved out a long career in rock’n’roll. The moral of the story? Don’t mess with gangster’s molls.