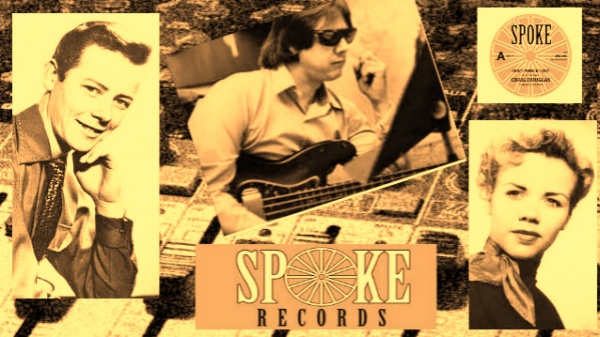 In this day and age new record labels don’t come along quite as often as they used to, so it’s always good to see a new one popping up. Here at VoEA, as connoisseurs of the vinyl crackle, we admire anyone who is willing to take the step and set up their own imprint.

Spoke Records started up officially in September 2010 but the groundwork had begun long before that. Three friends linked by a love of obscure vinyl and an obsession with digging out little-known music from all genres started talking about the idea of setting up their own record label way back when but as with all these things it took a bit of time to get the whole thing together. This is a labour of love and as anyone who has been involved with music knows, you do not do this to make money – you do it to share great music you’ve found with like minded people.

The three friends – Neil Suddes (a.k.a. Towny), Col Wolfe and Ian Townsend all share a love of vinyl and in-particular a love of obscure vinyl. Through the record collecting forum ‘VG+’ they realized they had all thought at some point about setting up a record label but had never quite got round to it. With three people sharing the same vision the label began to take shape.

After much discussion and collaboration these aims were distilled down further into one sole aim: To release great music regardless of Genre 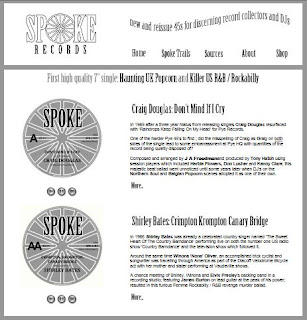 The first release was decided upon before the label name and that was to be a double-A side with ‘Crimpton, Krompton, Canary Bridge’ by Shirley Bates. A lovely slab of psychedelic soul and a great revenge tune with Shirley singing about her gun called ‘Elsie’. On the other side was ‘Don’t Mind If I Cry’ by Craig Douglas. Originally released as the B-side to ‘Raindrops Keep Falling on my Head’ this has little in common with its flip side and is more of a classic soul beat ballad in the style of Sam Fletcher or Lou Johnson.
Sadly, in June 2010, just as things were starting to come together Neil Suddes passed away suddenly and the project lost one of its main driving forces. Anyone who ever met Neil will vouch for his kindness, generosity, warmth and love of life. It was indeed a very sad loss for everyone who knew Neil.
Following this and after much thought and discussion Ian and Col decided to carry on with the label and called it Spoke Records as a reference to Neil’s love of and passion for cycling.
The first release has been out since April 2011 and further records are being planned. For more information check out the Spoke Records Website