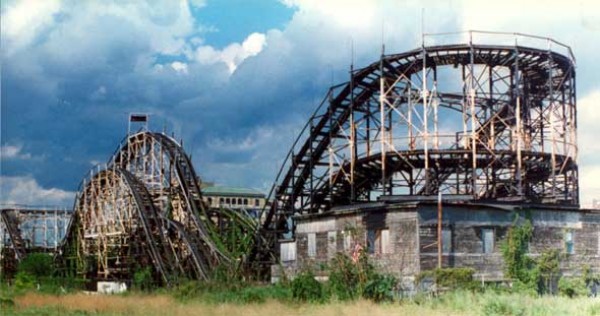 The House Under The Roller Coaster

• Architecture, Film • 14471 Views • Comments Off on The House Under The Roller Coaster

When you ask anyone who lives near somewhere noisy like a busy road or next to a nightclub – Does the noise bother you? the usual reply is “You get use to it after a while”. Well I’m sure this same principle applies if you lived under the Thunderbolt roller coaster on Coney Island, New York.

Film buffs may spot that the “The house under the roller coaster” is the same house a young Alvy Singer lived in at the age of nine in the 1977 Woody Allen film Annie Hall.

Originally,the film didn’t have young Alvy living under a roller coaster, but Woody was driving around New York looking for film locations and saw the Thunderbolt coaster with the house underneath. Allen said “I saw this roller-coaster, and I saw the house under it. And I thought, we have to use this. 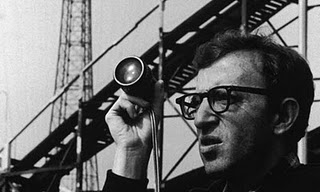 The house was built on Coney island beachfront in 1895 as the Kensington Hotel. In 1925 owner George Moran hired established roller coaster designer John Miller to build the coaster.They decided to build the ride around the house rather than demolish it, the only change to the hotel was the second floor of the building was removed. Some parts of the house were actually part of the wood roller coaster structure. The final cost of building the Thunderbolt was $170,000.

The Thunderbolt finally opened for business in 1926. In August of that year there was a tragic accident on the roller coaster, a lady died after she was thrown forward on the ride and hit her head on the metal bar. Then in July 1926 there was an accident when one of the cars stopped and rolled back hitting another roller coaster car. Twelve people were injured in the accident.

When George died his son Fred Moran took over the ride. He lived in the house for over 40 years with May Timpano. Thunderbolt was sold on in 1987 to Horace Bullard, founder of the Kansas Fried Chicken fast food chain.

In November 2000 the roller coaster and the house were demolished so the waterfront area could be developed. The demolition happened without warning, another reason that was given for its destruction was that it was unsafe.

Former resident May Timpano witnessed the demolition, she told reporters “I wanted to see it saved,”. May also shared stories of finding items dropped by coaster riders in their yard, including false teeth.”We had to straighten the pictures,” she said, “but the shaking wasn’t as bad as it appeared to be in Woody Allen’s movie.” 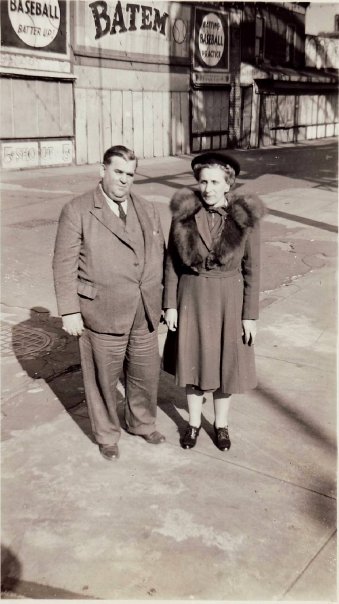 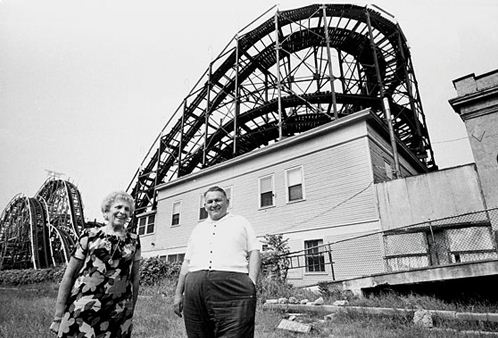 Fred Moran and May